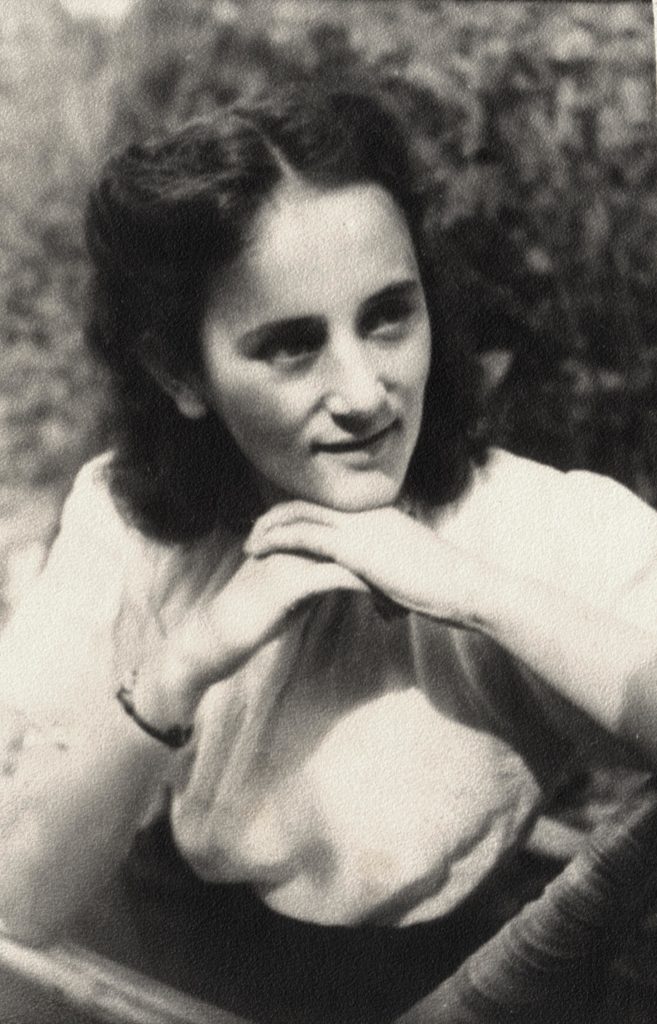 This is me. The picture was taken in Greifswald in 1946. The order was given to attack Greifswald on 28th April 1945, at 6am. All batteries were to start artillery fire and the planes were to make air-raids. We were supposed to suppress that garrison with as little casualties from our side as possible. At around 2am, the observers reported to the headquarters that there were three black limousines with white flags coming from the town. We had to decide what to do next. The commander gave an order to let the cars in. There were three people in the car: the first was the deputy commander of the garrison, then a university rector, and the chief of the hospital, located in the university clinics’ premises. They asked our commander to spare the city. They declared the city open. They asked us not to touch the city inhabitants and the wounded as they had no place to go. I was interpreting that conversation. Of course, it might have been a diversion to save time. We had nothing to lose. We were totally prepared for attack, besides we had a chance to capture the city very quickly and move on. However, our commandment decided to take their offer pondering over the human side of the issue. Nobody wanted to kill many civilians and the wounded. Besides, the university wasn’t only a historic and architectural masterpiece; it also had the largest library in Europe. The commandment and the Germans processed and signed the act of capitulation: to disarm the garrison, place the ammunition in a designated place, and align all militaries on the main square of the town, put the sentry by the warehouses and stores in order to escape plundering and pillage. After that our officers went to Greifswald, and the truce envoys stayed with us. If our officers died the Germans would be shot. The task was complicated and we had to cancel the operation for all batteries not to start fire at 6am and all planes not to have an air-raid. If there was a single shot or blast our officers in Greifswald would die. Everybody was worried. Our nerves were worn to a frazzle when it turned 6am sharp. Luckily all went very well: there wasn’t a single shot fired and none of the planes took off. We sighed with relief. At 8am, our headquarters went to Greifswald accompanied by a small security group. There was a white sheet in every window. Nobody was seen in the street. All city inhabitants hid away: some of them in the apartments, others in the basement. Then I got to know that Hitler had spread propaganda that the Russians didn’t take captives, and just shot everybody at once. We saw the postures where a Russian soldier was depicted as a monster with daggers instead of teeth. Of course, all Germans were appalled. The city surrendered and our commandants’ office was established immediately, which was responsible to make order in the city for the civilians to have a serene and quiet atmosphere. I worked in the commandant’s office as a translator. In the post-war period I got married in Germany. During my service in the army I had a lot of wooers, who confessed their feelings, and proposed to me, but I didn’t like anybody, I was only ready for friendship. My husband-to-be, Colonel Pavel Sineokiy, was assigned the commandant of Greifswald. Later Pavel told me that he fell in love with me at first sight. In fall 1946 we got married in Greifswald.