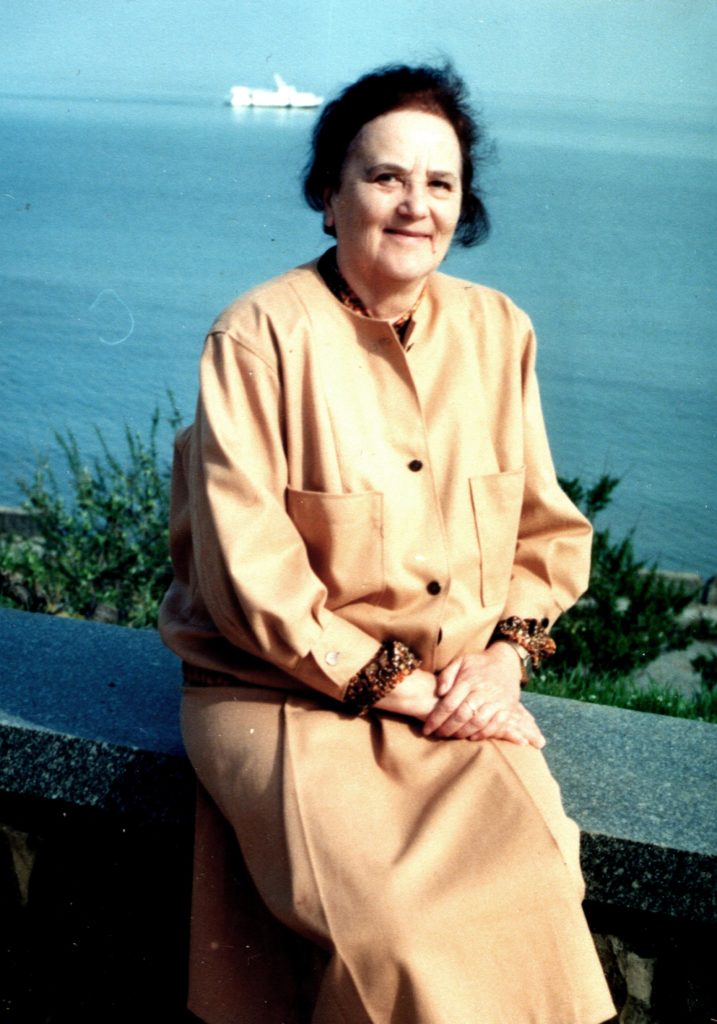 This is me on the bank of Moskva river. The picture was taken in Moscow in 2004. Revival of Jewish life started during perestroika, and the development trend remained even after the breakup of the USSR. Different Jewish communities emerged. People got a chance to go to the synagogue and adhere to Jewish traditions openly. The books written by Jewish writers and poets are published now. Movies about Jewish life appeared. Jewish papers and magazines were issued. The attitude towards Jews changed. Before, people were embarrassed to say the word Jew trying to speak it in sotto, and the word wasn’t even heard on radio or television. Now people talk about it calmly and naturally. Then the passports were changed, and the new ones appeared without a line on ‘nationality’, and there anti-Semitism was in the wane. How will Jews and Russians be defined now? Before, the documents of the Jews were put aside when they entered university. Now it is more difficult to do that. The most important thing is that people aren’t trying to conceal that they are Jews, and I think this is a real determiner that the society has changed its attitude towards Jews. I take part in the work of two Jewish organizations. One of them is called ‘Relations with Israel’ by the committee of the veterans of war. There are regular interesting lectures, thematic meetings, and concerts in the Israeli cultural center. I am a member of the society of Jewish War Veterans headed by the Hero of the Soviet Union Moses Marianovskiy. Recently a Jewish Community Center was opened. I go there very often. There are interesting classes in the center and everybody can find the classes of his interest. I am very keen on the history of the Jewish people. I take books on Jewish history out from the library and I enjoy reading them. But it refers to the history only; I am still unreligious maybe for the reason of my atheist upbringing in school and at home. I am happy to see children and teenagers, who are willing to know their ancestry and come to the Jewish center.