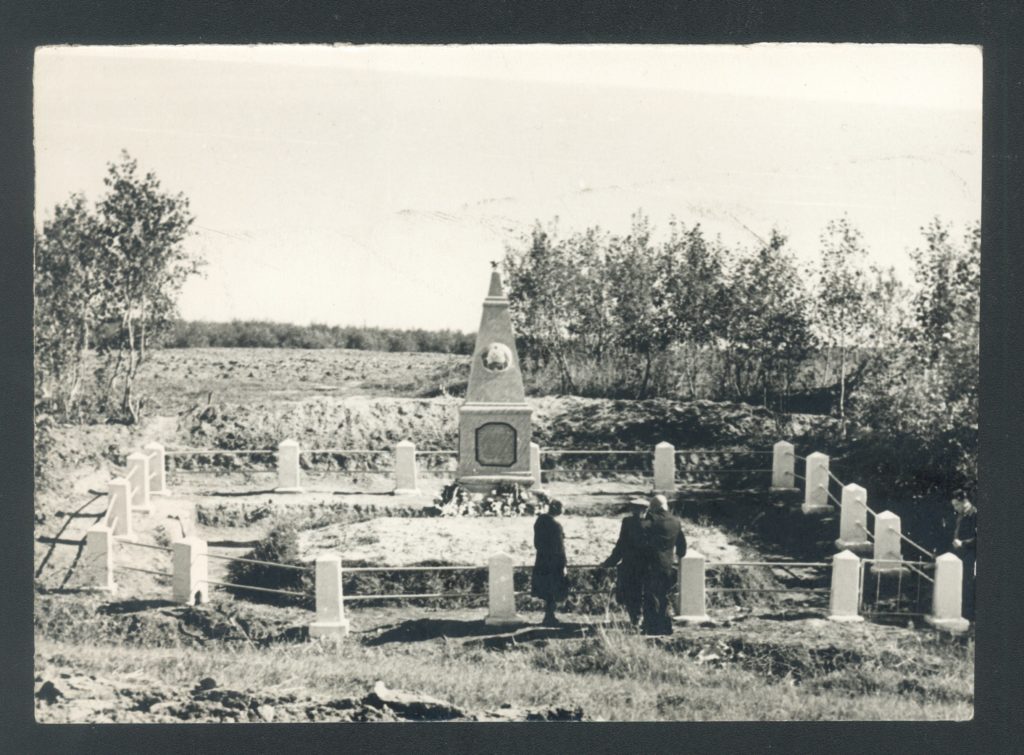 In 1937 our daughter Adel was born. Yuriy worked at the civilian navy engineering department between 1936 and 1941. Later he became a soldier and obtained the rank of commissary officer. We weren’t aware of the oncoming war and sent our daughter to my sister Rasya’s place in Yanovichi for the summer in 1941. When the war broke out, Adel stayed with Rasya until the fall of 1941. We weren’t able to get her out because of the military situation in the country. She perished in 1941 together with Rasya’s family and her grandmother, my husband’s mother.

About my husband’s parents I can say that they were Orthodox Jews, like my parents. My husband’s father, Ilya Khaitlin, was an expert on flax. He was a manager of a flax receiving station. He died in Vitebsk. His wife remained alone and during the war she moved from Vitebsk to Yanovichi, where her granddaughter, my daughter Adel, lived. They all perished there in September 1941.

I have this picture of graves of executed men and women in Yanovichi. They were two separate pits. Our fellow countrymen, who live in Moscow, Vitebsk and Leningrad, collected funds, got together, found the place of their burial and managed to arrange a small cemetery there. Our fellow countrymen visited these graves annually. However, I don’t know who visits them now. But the cemetery is safe and we were told that the borough council takes care of it.