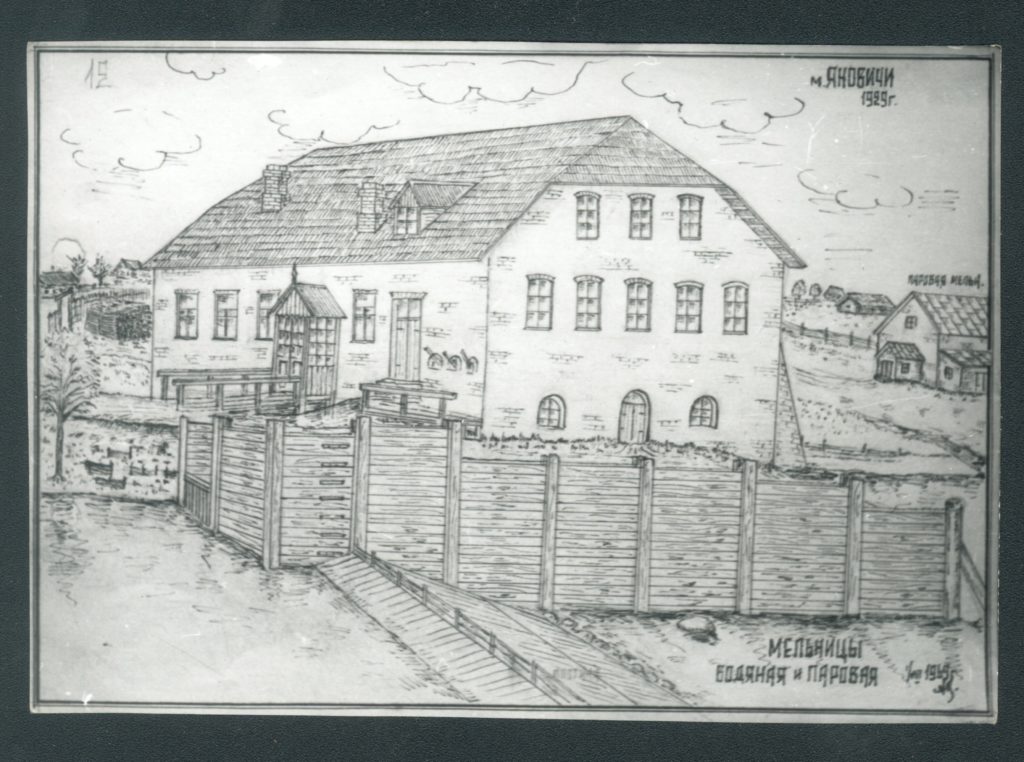 Mills in the Jewish Borough Yanovichi, where Blyuma Perlstein lived

These are mills in the Jewish borough Yanovichi, where I lived. The drawing is from the year 1926.

There was a big three-storey mill in Yanovichi, which provided the big district with flour. Flour was also sold outside Yanovichi. The mill was located on the bank of the Vymnyanka River. In spring there was flooding so there was a dam in front of the mill from the side of the river bank. In order to protect the mill from the floating ice there was a paling in the water to the left. Normally when there was no flood it was possible to walk to the mill along the dam. The dam, which forced the water wheel, sustained the stable water level. Water passing through the logs and leaving the big pieces of ice behind, fell from a rather big height and set the mill wheels in motion. There was another steam mill behind the water mill, but it didn’t always work, mostly the water mill was used. The mill was surrounded with a high wooden fence.