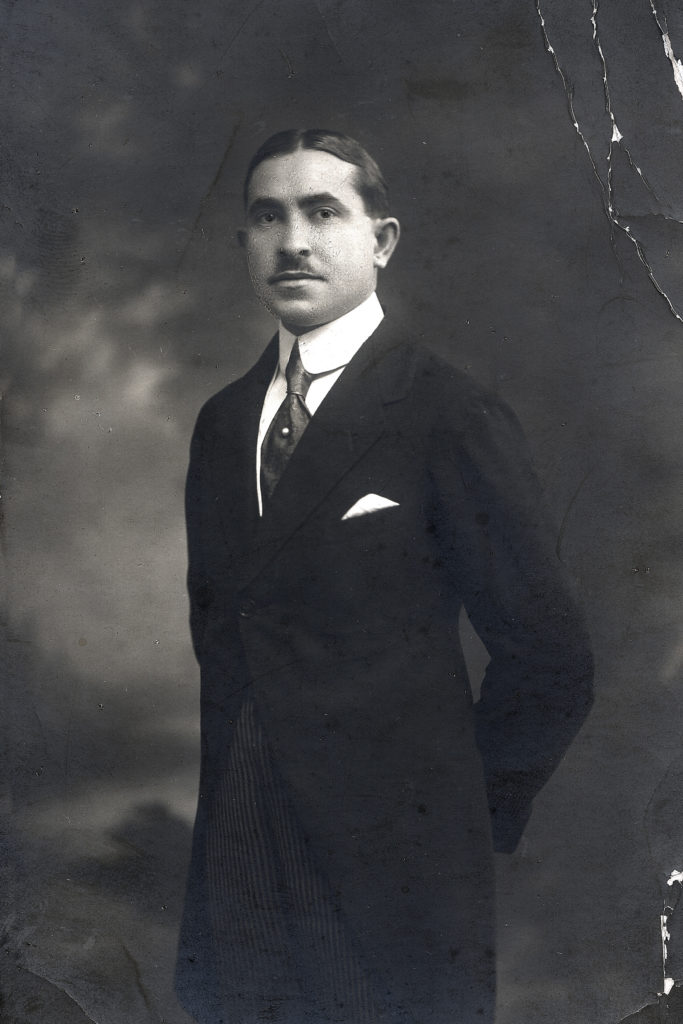 This photograph shows my father.

My father’s family came from the town of Velizh in Belarus. My paternal grandparents were born in Velizh. My father was born there too. It happened in 1885. Unfortunately certificate of his birth was lost.

His name was Epstein Eugeny Markovich or Genuch Meyerovich (his Jewish name). He was a tailor. In St. Petersburg father worked at Bronstein’s Berlin shop from 1912 till 1917. From 1918 till 1922 he worked as a tailor at the Theatre of Musical Comedy. Later he worked at the Smolninsky garment factory.

Father had got 4 sisters: aunt Tsilye, aunt Zhenya, aunt Rose, and aunt Sonya. They all lived in Leningrad.

Aunt Tsilye was an outstanding therapist, her husband Samuil Karpovich was a lecturer at the Medical College, and their son Victor (he is 71 years old at present) works as a plasma metal cutting engineer.

During all his life father was engaged in individual work (he worked every evening at home), and worked honestly. Soviet authorities confiscated everything we had, and father was deported to Luga of Leningrad region, where we lived several years. It happened in 1933 or 1934, and we moved to Luga all 4 together: Mom, father, my brother Alexander (born in 1921) and I.

In Luga father found a job as a manager of tailor’s workshop. He worked there very well. Later things changed and… we returned to Leningrad.

Our apartment was already occupied, and we had got great difficulties changing our house in Luga for an apartment in Leningrad.

At that time grandmother and grandfather lived in Leningrad in the 8th Sovetskaya Street. Both grandfather and father had no concern with military service.