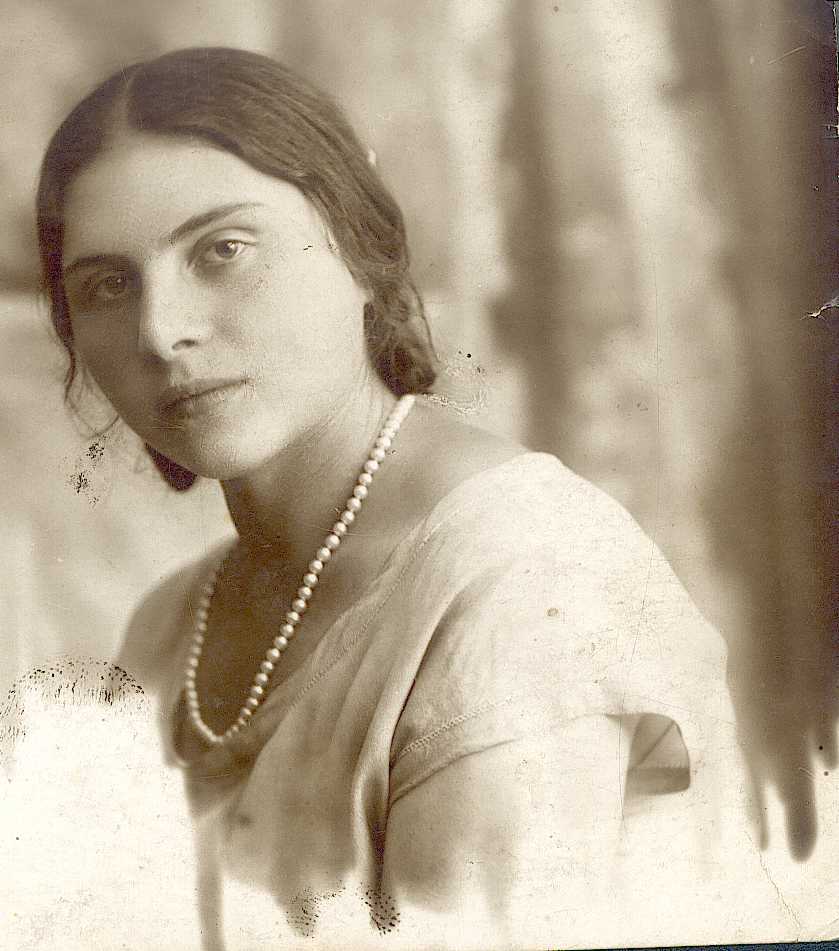 Maria Lipovskaya at the age of 19

This photo was taken in Leningrad, on August 15, 1929. I already knew my future husband, Serafim Bogoyavlenski. I wanted to present him a photo of mine for good memory, because those were hard times, and anything could happen to you.

Then suddenly a checkup started in our technical school. A guy from a senior course came to us; his name was Volchanski, he was the son of a diplomat. He gathered all of us and said, that the technical school partkom suggests everyone who studies with forged documents confess it. Then everybody would be left to study. And if somebody does not confess, everybody will be expelled. There was a German guy studying with us; he spoke hardly any Russian. And suddenly he says to one guy in Russian, ‘You have a ram at home, confess it.’ My future husband confessed then that he was the son of a priest. And before that he had been hiding from everyone, who his parents were.

When he courted me, I also didn’t know that he was Russian and the son of a priest. Jews had very strict rules about it at that time: we could marry only ‘each other.’ Serafim Ivanovich looked like a Jew. He was brought up in such a way that I thought he was from a Jewish family. He knew when Jewish holidays were celebrated. Many people took him for a Jew. We never spoke to each other about our nationality.