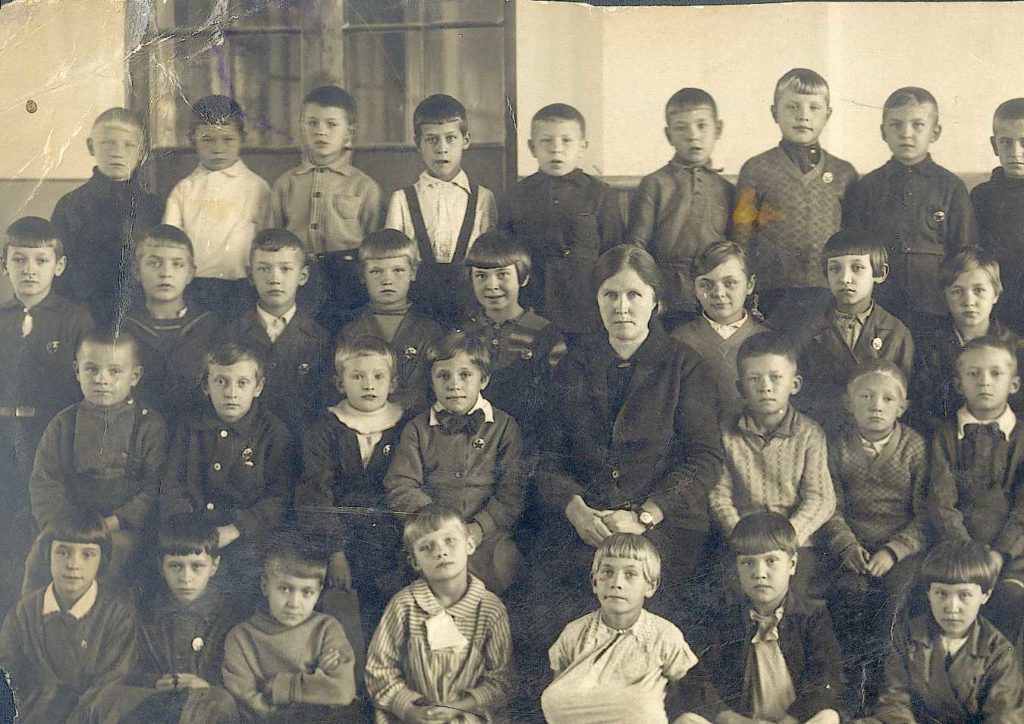 Lyubov Lipovskaya and her classmates

This is a photo of my daughter Lyubov as a pupil of the 1st grade. The photo was taken in Leningrad in autumn 1939. My daughter Lyubov is standing with her favorite teacher. The teacher always adored my daughter’s gift for studies; she claimed Lyubov was smarter than her peers. My first husband Serafim Lipovski, Lyubov’s father, took this photo with him to the front. In 1942 he made an inscription on it for my second daughter Margarita. Margarita was born in 1942 in evacuation in Perm region. Serafim made the inscription on this photo and sent it to me after he had learned that Lyubov perished in 1942 somewhere in Belarus.

At the very beginning of the war, my daughter Lyubov found herself in occupation in Belarus together with my parents, my sisters and their families. Shortly before World War II I was bringing up my elder sister Berta’s daughter, whose name was also Lyubov. Berta had difficult times then, her husband was arrested for illegal business activity and put into prison. And on 20th June, 1941 my relatives took both girls, my daughter and my niece, to Belarus for vacation. They took them from Leningrad to Bykhov. Lyubov wrote me a letter in a couple of days saying that they all went to Sledyuki from Bykhov. They found themselves in the ghetto there. She wrote, ‘Mother, don’t worry for me, though I miss you a little.’ She was ten years old. These words from her letter still hurt me. Lyubov was interested in politics at the age of ten already. She knew about fascists and said that they could attack us.