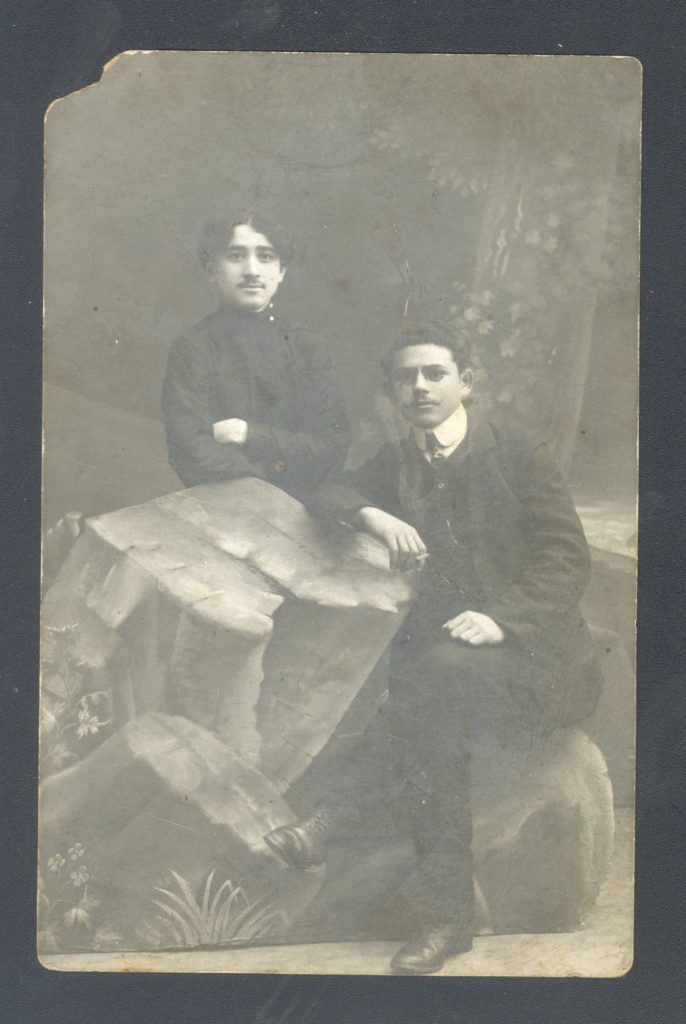 Lev Perlstein with his friend

This is my elder brother Lev Perlstein, 20 years old, together with his friend (first from left) in St. Petersburg in 1910. Lev sent this picture to my parents.

My elder brother Lev left Yanovichi for Petrograd and served in the Imperial Army of Nikolai II, in a musical detachment of a small military orchestra, which accompanied governmental ceremonies. He took part in World War I. He was a very experienced watch-maker. Lev worked in Petrograd as a master at the ‘Electropribor’ plant. He spent a lot of time on inventions. His wife was a Jewish woman, her name was Anna Epstein. She gave birth to two daughters, Esfir and Irina. They are both retired now. Esfir, or Fira, now lives in Israel. Irina lives in Slavyansk. During the war Lev was in evacuation in the Urals. He died in 1954 in Leningrad.