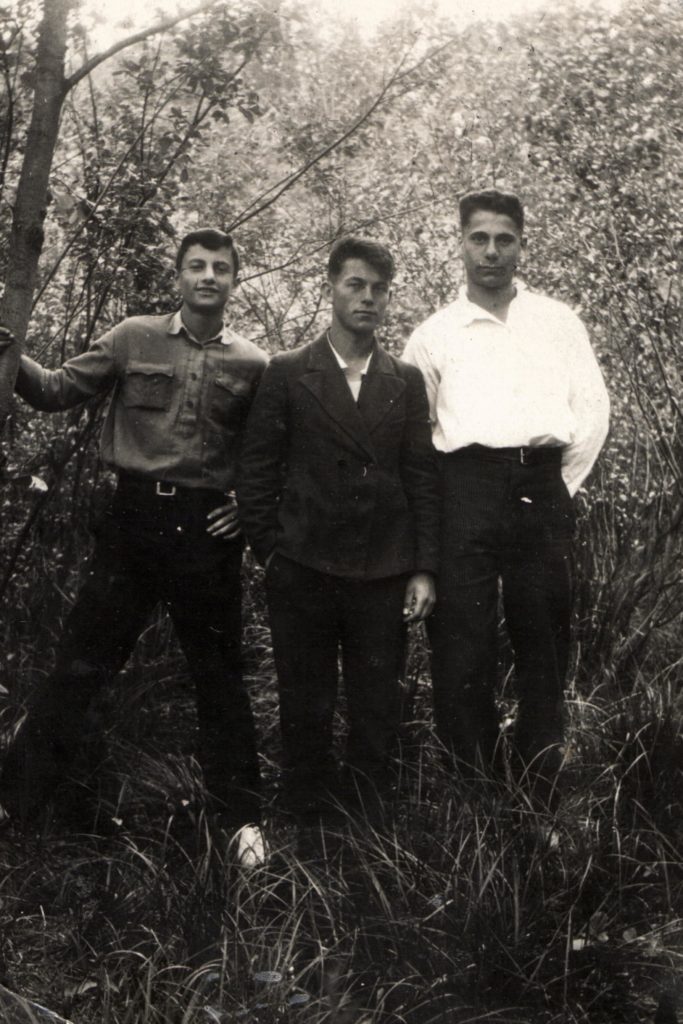 Lev Galper with his friends

Here I am, (the first on the left), I was photographed together with my school friends before leaving for the army.

I had come to Volchansk for a few days; we already knew about the war and were waiting for the call-up papers.

On my right is my co-student Fedor Sukhomlin, next to him is Boris Vishnyakov. We did not know then that the war would scatter us over different cities and we would never meet again.

The photo was taken in Volchansk in 1941.

When the Great Patriotic War broke out I was in Moscow. I had just finished my fourth year at the Textile Institute; we were sent to Moscow for a practical training. We learnt about the war from Molotov’s speech on the radio.

Our practical training was over and we didn’t know what to do: either to go back to Kharkov or to go home for vacations. But the main thing was to get out of Moscow.

I came to Volchansk and at first began to wait for call-up papers from the recruiting office, but then I decided to go to Kharkov.

They had arranged a military hospital at our institute, but the institute administration was still there. The head of the military registration office told me that nearly all of my co-students had volunteered for the front.

At the recruiting office I was told that if I had no health problems I was to come to the assembly place the next day.

There were 23 people from our institute and a friend of mine from the Construction Institute. We were entrained and brought to Mariupol.

I was enrolled in a special battalion of the 49th reserve rifle regiment. Guys with a secondary education or institute students were selected for that battalion, 1,200 people altogether.