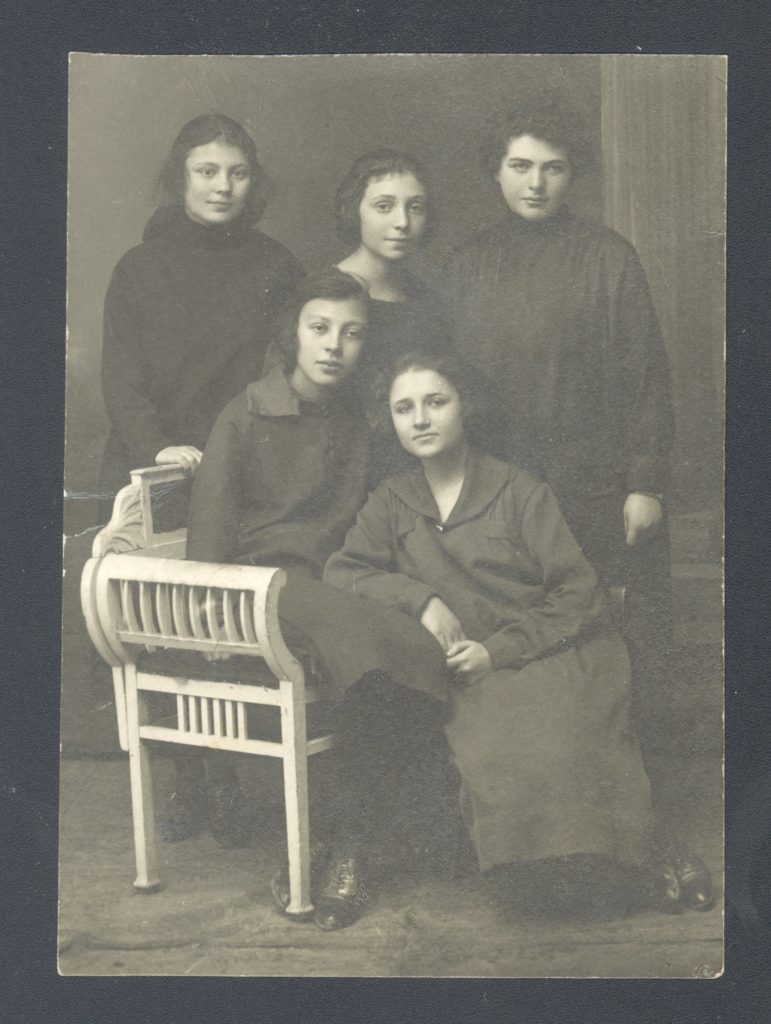 This is a photo of my mother Haya Peisakh (sitting on the chair) with her friend Ida (second from left – standing near mother).

On the reverse side of the photo it was possible to enter the address and send it by post.

In her youth mother had a close friend Ida Vulykh. She graduated from a conservatory in Romania. Aunt Ida compiled huge bibliographic volumes on musical composers of the whole world. It was a very hard job.

When she told me about her years of friendship with my mother she always mentioned that my mother was a very clever girl. My mother was a modern woman with a European education.

We have a certificate of the Ministry of Science of Belgium, stating that mother passed entrance examinations to the university.

In spite of the fact that mother was from a well-to-do family and her parents could pay for her studies, my mother earned additional means as a governess, an occupation that was quite common among students.

In France the regulations were similar at that time, but she still decided to go to France. Mother entered the Chemistry Faculty of the University of Lyon and finished it in 1934. We have her diploma as well.