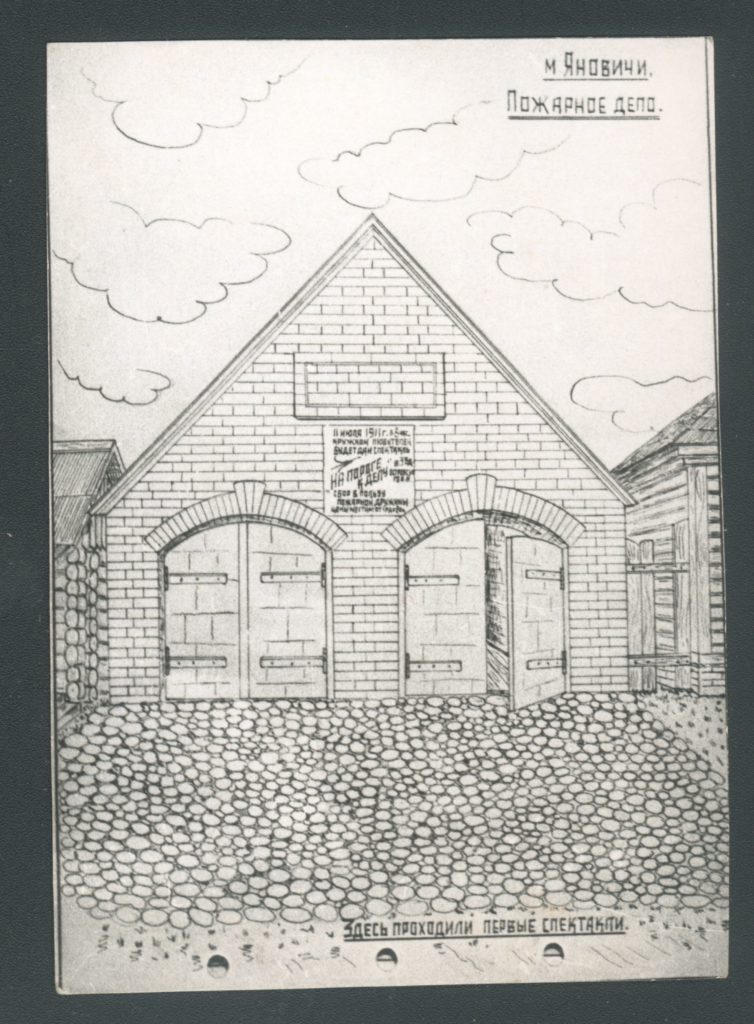 This is the fire-station in the Jewish borough Yanovichi. The drawing is from the year 1928.

The fire-depot was located in the center of the borough near the river. It was very well equipped with fire-engines and a fire-brigade, in case of fire they immediately arrived to extinguish the fire. A local theater group began its practice in this particular fire-depot. It was easily understood that a theater was located there, since there was a sign on the building. Their first performance, ‘On the way to business,’ was staged in 1911.