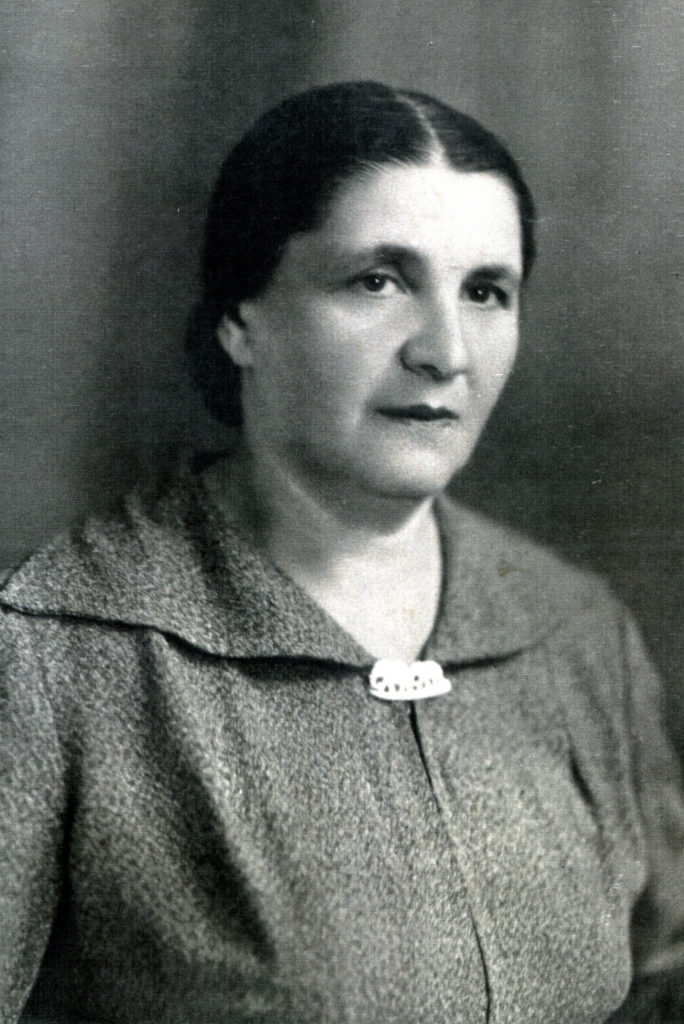 This is a picture of my mother Basia Pisarenko [nee Shulkina]. The photo was taken in Chernovtsy in 1948. My mother was born in Gomel, Belarus, in 1900. She came from a family with many children just like my father. My parents got married in 1917. They had a Jewish wedding with a chuppah. Their parents insisted on having a religious ceremony. In 1917 this was still a tradition. I don’t think my parents could have imagined at that time that it could ever be different. That only happened later when religious traditions were persecuted [during the struggle against religion]. My father joined a Red revolutionary unit during the Civil War almost immediately after he got married. He returned in 1919. My older sister, Broha, was born on 31st December 1921. She got her name after our grandmother. Misha was born at the beginning of 1924, Lisa in 1926, Abram in 1928 and I in 1937. My younger sister, Zhenia, followed in 1939. My mother was a housewife. She got a cow and chickens and worked in her small vegetable garden. This vegetable garden and the cow rescued our family from starving to death in 1932-33 [during the famine in Ukraine]. Mama took her younger sister, Haya, to live with us during those terrible years. We survived, but Grandfather Moishe starved to death in 1933. He gave everything he earned in those years to his grandchildren. After the war we were very poor. My father was severely ill with tuberculosis. We often starved. My father couldn’t go to work due to his illness, and my mother had to stay at home to look after him. My father received an invalid pension, but it was a very insignificant amount of money. We didn’t forget that we were Jews. We didn’t eat pork. Mama always took her chickens to the shochet to have them slaughtered. I still remember Mama’s Jewish food. Papa told me about the 9th of Av and why we had to fast on Yom Kippur. He told me about Purim and read the Haggadah [at Pesach]. We only went to the synagogue on Yom Kippur. From 1948 [when the campaign against ‘cosmopolitans started] this was almost forbidden. Mama didn’t light Saturday candles, but she always tried to arrange for a festive Pesach. She saved money for a whole year for this holiday. She bought chicken and fish and tried to get some matzah. I went to get matzah with her. We couldn’t do it openly in those years. We went to a house in Nalyvaiko street. We were to say the password and gave them a bag of flour. In the evening we returned to the same house, paid money and picked up our matzah. There wasn’t enough matzah for the whole holiday. We ate it on the first, second and the last day of Pesach. We didn’t have special Pesach dishes, but Mama thoroughly koshered our everyday dishes. We had chicken, stuffed fish and matzah bakeries on Pesach – all traditional food. The family got together at the table, and Mama’s sisters came with their families. On Chanukkah the chanukkiyah was lit in the house.