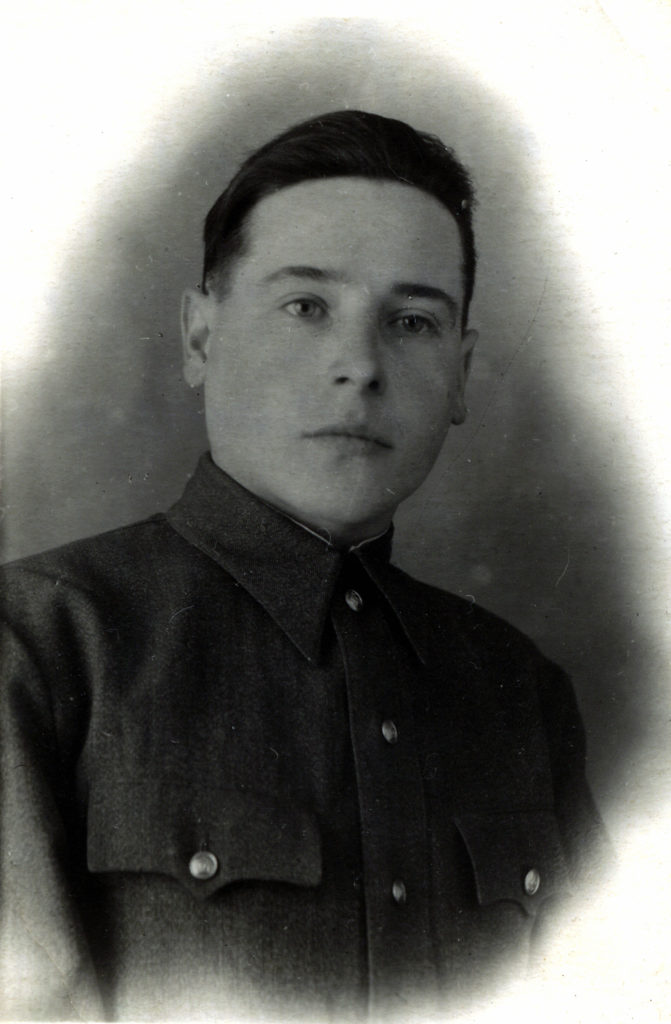 This is my older brother Boris Falevich before his service in the army. Boris had been to the military office and was given a military uniform.

He asked to have his photo taken before he left to give it to Mama for the memory. Signed on the backside ‘For the long and kind memory to Friedrich from Boris’. 26.01.1949, Slutsk.

My brother had finished five or six grades before the war, but when he returned home, there was no chance for him to continue his studies. He had to think about earning money for the family.

Boris became an apprentice to a locksmith at the Slutsk foundry. He was 15 then. The three of us had to make do with my miserable monthly allowance and the stipend of an apprentice.

These were hard years; even the memory of them is horrible. When my brother went to the army in 1949 life became even harder for my mother and me. Our main product was potatoes, but then we didn’t always have it.

There was no hope for the better or any opportunity to earn some money. I don’t know how Mama and I lived through these years before Boris returned. When my brother returned home, he didn’t even take a day’s rest.

When he saw how we lived, he was terrified. The following day he went to the plant he used to work at. When I finished school in 1953, Boris went to the evening school, and quit his studies after finishing the eighth grade.

He never gave up his job at the plant where he worked 50 years less three-year service in the army.

When I was in the army, Boris married Zina, a Belarusian girl that came from Slutsk. My brother had two children. His older son Iosif, named after our father, is the same age as my older son, and his daughter Maria is the same age as our younger son.

There’s a couple of months’ difference between them. Boris has three grandchildren.