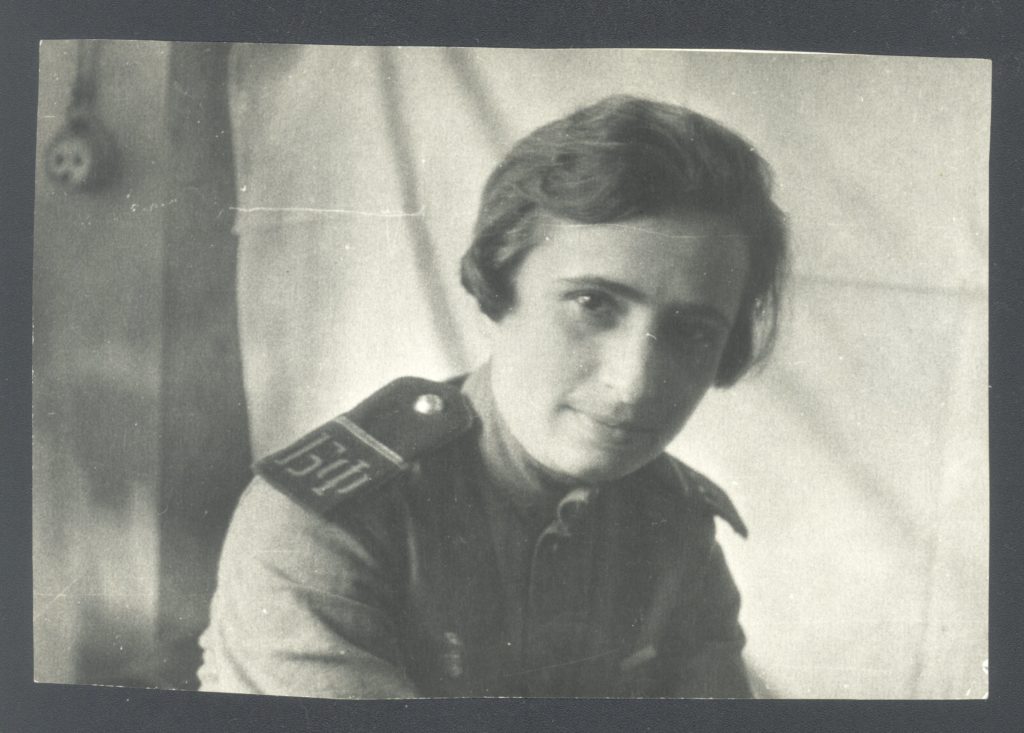 This picture was taken in besieged Leningrad in 1942. I am wearing a uniform with private first class shoulder-straps.

Between 1939 and 1942 I worked as an engineer at the Polytechnic Institute. My mother died a natural death in 1941 in Leningrad of blood poisoning; penicillin was not invented yet in those years. We worked at the Polytechnic Institute during the war, from 1941 to 1945. We served in a hospital under our patronage in besieged Leningrad. I was the secretary of a Young Communist League cell. I joined the army at the end of the blockade and served between July 1942 and February 1945 in a construction battalion of the Baltic Naval Depot in the position of a platoon leader commander assistant. I also worked as a library manager and by the end of the war I held the rank of headquarters clerks’ master sergeant.

I returned home from the army in 1945. Our unit was stationed near Leningrad and it wasn’t difficult to get home. I saw that somebody had tried to break into our apartment. I asked our neighbors about it. They were very decent people. They saw that someone had tried to break into our apartment and said that they were responsible for it, so the housebreakers left. They were janitors and house-manager employees. They wanted to do it by the order of the headquarters in charge of guarding servicemen apartments. My apartment remained safe. My neighbors were Russian Orthodox, very decent people. They behaved nobly both before and during the war. We continued our friendship after I returned from the army. Everything in my apartment remained intact and secure owing to my neighbors.

I was demobilized on the grounds of pregnancy. I served together with my husband in the same unit. I served in the attached battalion for the navy engineering department and he served in the administration of that department. When our Research Institute, where I worked, got evacuated to the Urals, I, having lost my elder daughter, didn’t want to follow them and joined the army voluntarily. I hoped that my daughter would be found, but it was in vain. When our forces liberated Belarus from the Germans, we received the official notification about the death of my daughter and my sister’s family.