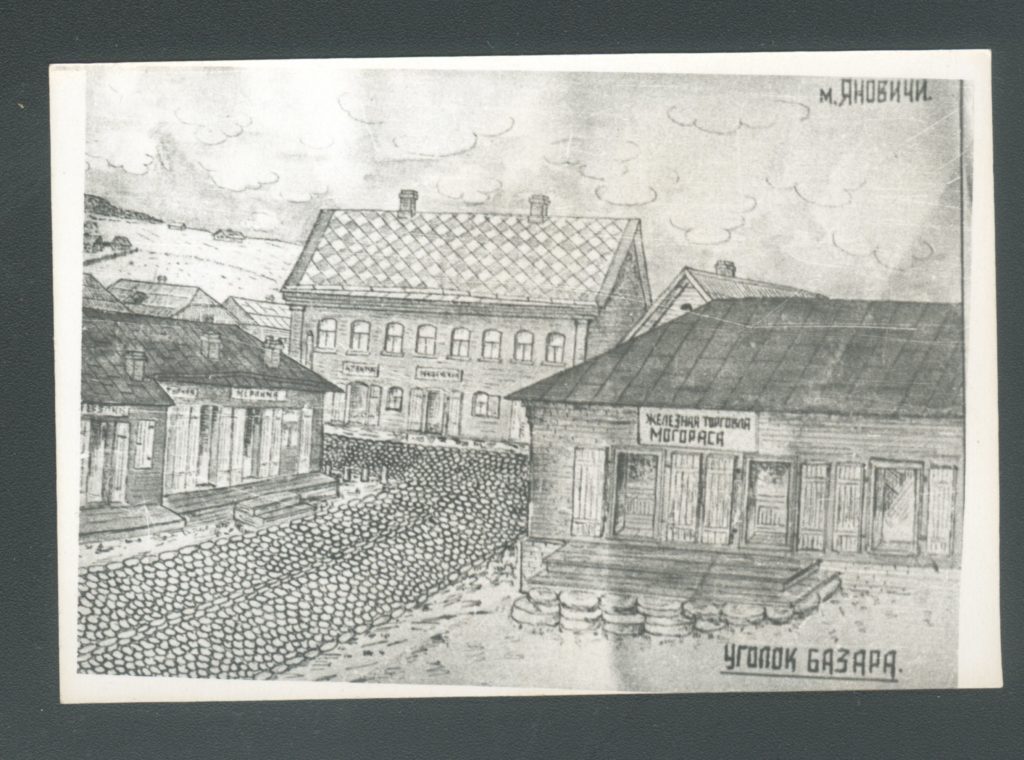 A Market-place corner in the Jewish Borough Yanovichi, where Blyuma Perlstein lived

This is a market-place corner in the Jewish borough Yanovichi, where I lived. The drawing is from the year 1926.

There was a market place in Yanovichi. Among the market rows there was a two-storey building with a store on the first floor and a sewing shop on the second floor. It was set up after the Revolution. Later the Soviet Power expropriated the sewing-machines from the shop. Stores were arranged in the market rows. During holidays and days off people from neighboring villages came to the market square and brisk trade was built up. Peasants offered everything for sale: cattle, food products, fruit, hay, clothes.