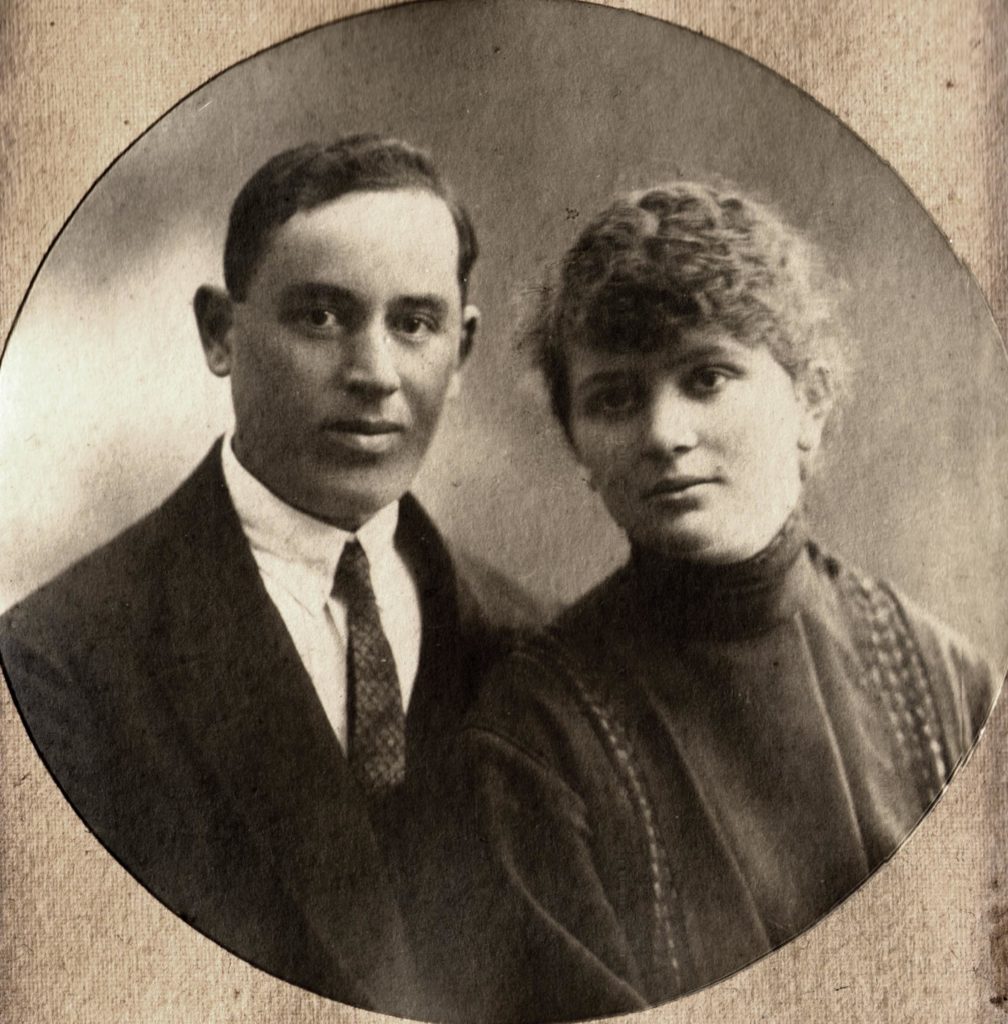 These are my parents Vladimir Yanov and Maria Yanova before getting married. The picture was taken in Moscow in 1919. My father was born in 1888. Before the revolution my father took the Russian name Vladimir, which was later written in his documents. I hardly know anything about my father’s life before I was born. My father went to a Realschule. When World War I was unleashed, my father was drafted into the army. He was a signalman. He came back in 1918 and found a job as a bookkeeper. Soon after, he married my mother. My mother worked in an office as a typist. Some of Uncle David’s new acquaintances introduced my mother to my father. They fell in love with each other. My mother told me that they lived in different ends of the cities. There was no public transport and my father used to walk across the entire city to date my mother. In 1919 they got married. I don’t think they had a Jewish wedding. They probably didn’t have any wedding party, as it was at such a time where there wasn’t even enough bread to be full. I think the wedding party wasn’t the most important thing. My father was head over heels in love with my mother and he loved her all his life. After getting married, my parents lived in the same house as my father’s brother, Ion. One of the apartments close to Ion was vacant and the Ispolkom permitted my father to occupy it. My father worked as an accountant at an automobile plant. There was a small plant, not far from our house. It used to produce some parts for automobiles. The plant doesn’t exist any longer. My mother was a housewife.