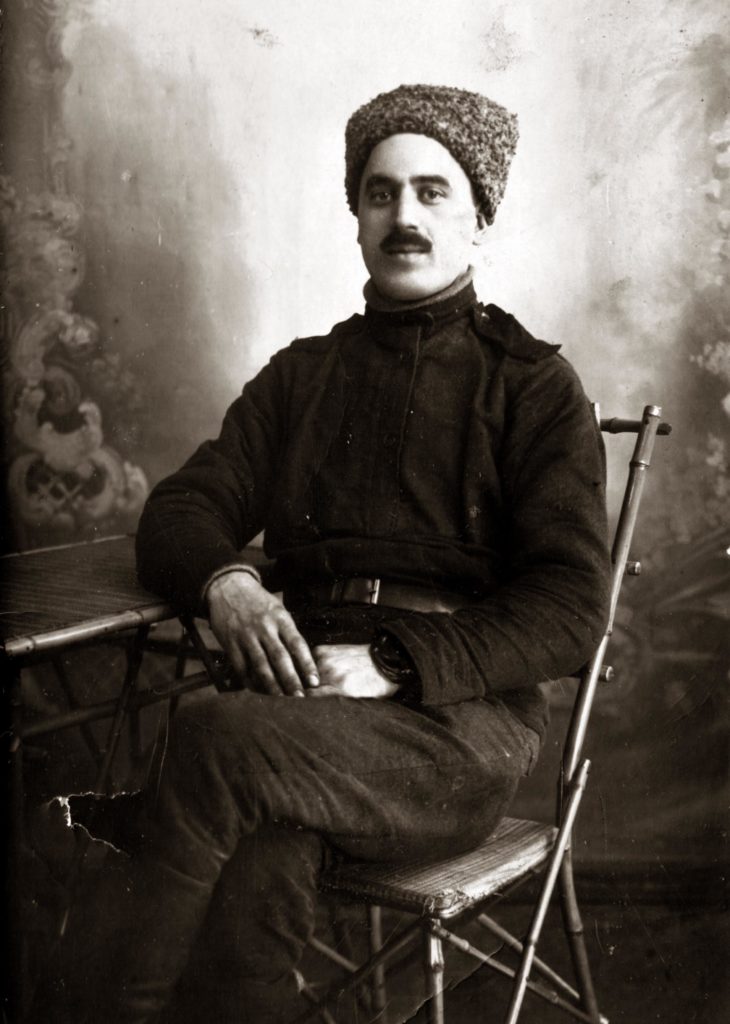 This is my father Vladimir Yanov. He sent his front-line picture to my mother. The picture was taken in 1915, but I don’t know where. My father’s family lived in Moscow. My father was born in 1888. Before the revolution my father took the Russian name Vladimir, which was later written in his documents. I hardly know anything about my father’s life before I was born. I don’t know whether my father or his brothers got Jewish education. I assume they did, as my grandparents were very religious people. My father told me that my grandfather always used to wear a kippah. This is the only thing I can tell for sure. I didn’t know my grandfather as he died before I was born. When my father’s eldest brother grew up, he started assisting my grandfather with his business. My father went to a Realschule. When World War I was unleashed, my father was drafted into the army. He was a signalman. He came back in 1918 and found a job as a bookkeeper. Soon after, he married my mother. After getting married, my parents lived in the same house as my father’s brother, Ion. One of the apartments close to Ion was vacant and the Ispolkom permitted my father to occupy it. My father worked as an accountant at an automobile plant. There was a small plant, not far from our house. It used to produce some parts for automobiles. The plant doesn’t exist any longer.