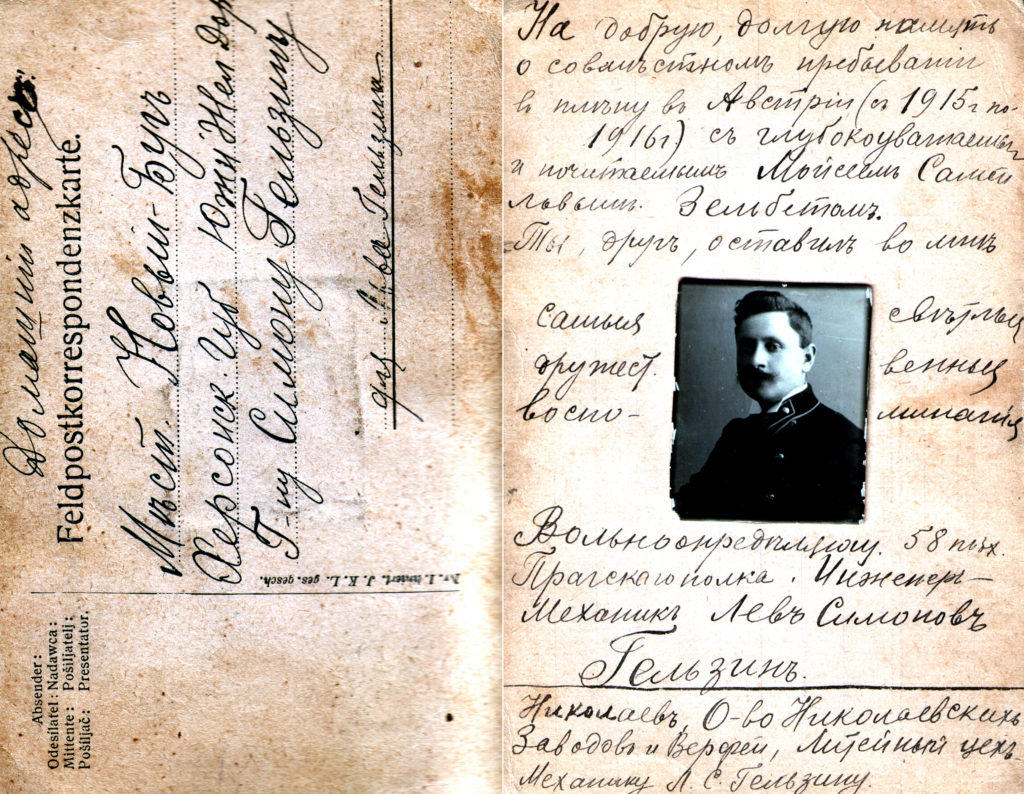 The post card, sent to Moses Zelbert by his friend Lev Gelzin

The post card, sent to my father Moses Zelbert by his friend Lev Gelzin in 1917. Both of us served in the tsarist army and were in captivity in Austria. We have remained friends for many years.

The text on the reverse side of the postcard: as a keepsake of my captivity in Austria in the period of 1915 – 1916 with a deeply-respected Moses Samoilovich Zelbert.You, my friend, left the trace of the most amiable recollections in my heart.Released from 58th regiment, mechanic-engineer Lev Simonovich Gelzin. Nikolayev, Association of Nikolayev Plants and Shipyards. To the attention of mechanic L.S. Gelzin.

This is my father Moses Zelbet. The picture was made in Berdyansk in 1902.