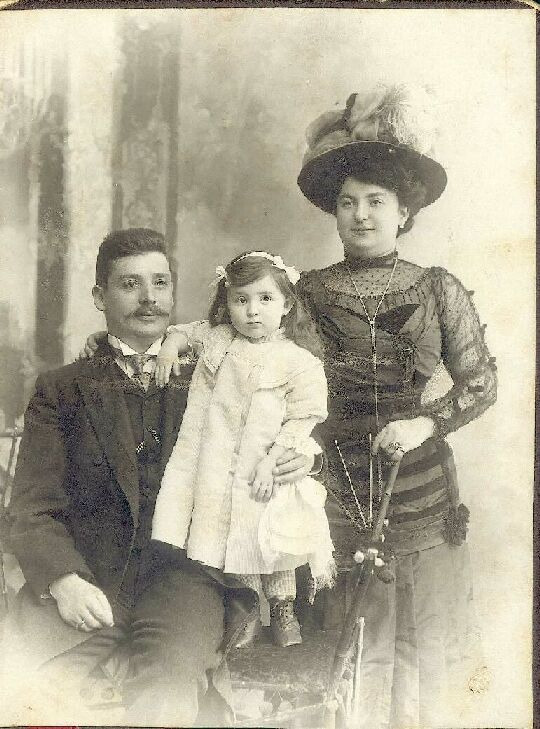 My mother’s parents lived in Kiev. Granddad had a shipping business on the Dnepr River, he had six or seven ships; one of them was called ‘Mikhail’ in his honor, and another was named ‘Anna’ after my grandmother. The Jewish name of my grandfather was Mendel, his family name was Makhover, and this family name was very well-known in Ukraine and Belarus. He told me, ‘Galenka, I never signed anything.’ This means everyone trusted in his word, and if he gave his word, the problem was solved. Grandfather taught me: you should live in such a way that your word would be enough for everyone. My maternal grandmother was a beauty, naturally, she never worked, and she kept the house and raised her two children: my mother Debora and her brother Mikhail.

Grandfather was a merchant of the First Guild, that’s why if he wanted, he could live in St. Petersburg or in Moscow before the Russian Revolution. Of course, he was quite a rich man, he had a couple of houses, and he rented them out, and also his ships gave him a certain income. Granddad loved his ships very much, and also he loved dogs and horses and in Soviet times he was very sad for he couldn’t keep pets and horses any more.

Once someone told my grandfather, ‘While you were at sea, your wife got a lover.’ In Jewish families, especially of this kind – I mean rich and well-known – such things happened very seldom. My grandfather was sad about this fact itself, but also he didn’t like that this lover was ginger and small. I don’t know if they knew each other and were introduced, but my grandfather certainly had seen him somewhere. Grandfather himself was a really handsome man. And soon seven Jews, representatives of Ukraine and Belarus, the most honored community members, divorced my grandparents.

Their children, Mikhail and Dora – this was my mother’s home name – stayed to live together with their father. They said they wanted to live together with their beloved father, when one asked them about it. Of course, Granddad had a strong personality, he was the cleverest person, and people came from everywhere to get his ‘wealthy’ advice. And also he had the features of a real merchant; it was hard to break him.

Maternal Granny Anna – in the family they called her Anyuta – got married, and she lived together with her second husband in Moscow later on. I went to see her, while in the 7th or 8th grade of school, and my mother met her, too, after the Great Patriotic War, I think. Granny Anna died in Moscow; she didn’t have any more children.