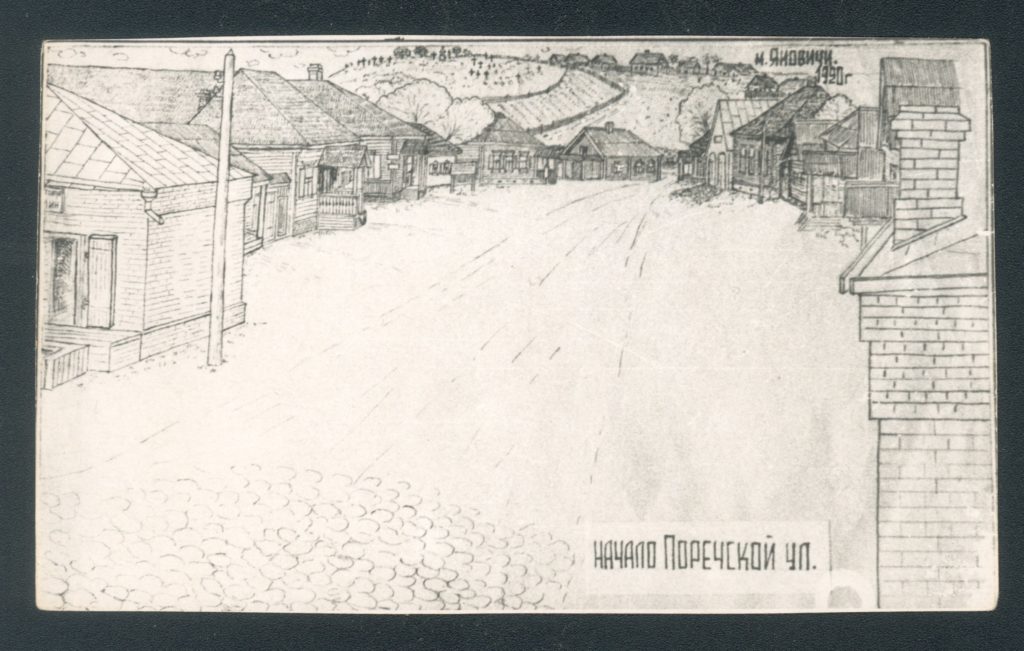 This is the beginning of Porechskaya Street in the Jewish borough Yanovichi, where I lived. This drawing is from the year 1926.

Our family at first lived on Porechskaya Street, behind the bridge. The streets were rather poor, paved with cobblestone and the houses were mostly inhabited by workmen. You can see a hill in the background, there was a Russian cemetery. All buildings to the left were wooden. This street led to the road to Vitebsk.