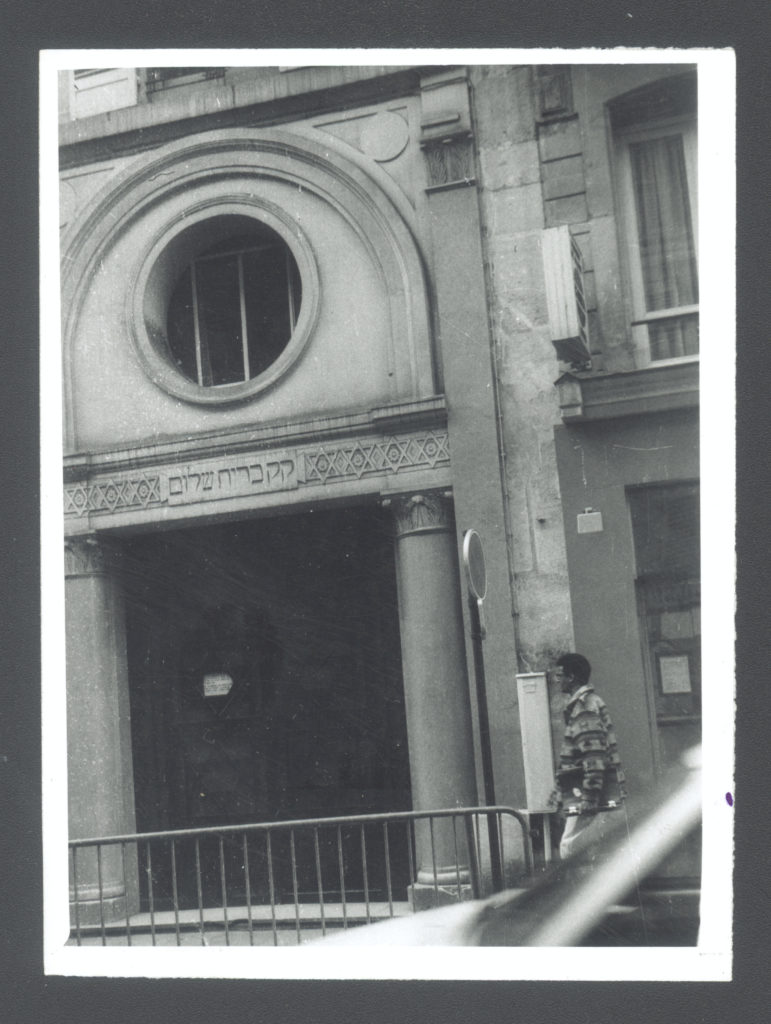 This is the photo of a synagogue in Paris, saved in my father Samuil Sasonko’s archive. On the reverse side there is an inscription in beautiful French handwriting: ‘Paris, rue S.Lazar.’

Daddy left home with a friend Zyama in 1919. He was 17 years old, and together they ran away from Bobruisk to Palestine and lived there for a few years. Zyama and father knew foreign languages after grammar school and wanted to see the world.

When father and Zyama got tired of ‘fooling around’ in Palestine, they decided to return to Europe, since it was already impossible to return to Russia.

Around 1923 they passed through Italy, then Belgium, and decided to stop in France. Daddy lived in Paris for a very long time.

Daddy had not received a higher education. He settled in Toulouse in France, and worked there at a telephone factory, where they produced automatic telephone stations. He joined the Communist Party there.

At that factory a local newspaper was published. He participated in the publishing of that newspaper and was almost the chief editor. Besides that, he became chairman of MOPR, he was engaged in revolutionary activity, read the Soviet newspapers. They trusted everything that was written in our newspapers, they were so naive.

She had absolutely no means of existence. That’s how they met. Daddy used to say that the only person whom he really helped through MOPR was my mother.