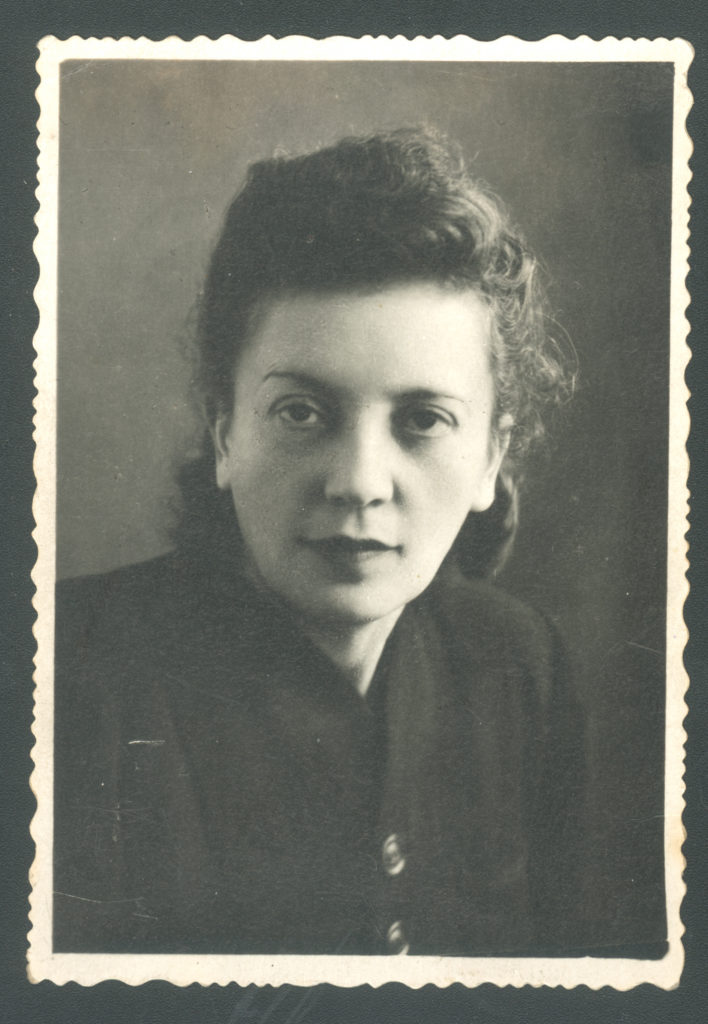 This is Sonya, mother’s elder sister.

The photo was taken in Chernovtsy in the 1950s.

Mother told me that he was bald, very short-sighted and always wore glasses. He was a respected person. All their lives Aizik and Sheiva were engaged in charity, spending a lot of money on helping the poor.

How they managed to come into such fortune, I don’t know. Mother’s parents had four children, all of whom were born in Beltsy: two daughters, Haya, my mother, and Sonya, and two sons, Munya and Usher. It so happened, that of all Sheiva’s and Aizik’s children only my mother had her own kids.

Mother’s parents were well-off people and could afford to send their daughter, my mother, to study abroad. Each of Sheiva’s and Aizik’s four children received a higher education.

Sonya lived with Grandmother Sheiva, and worked as a gynecologist. When Sonya got married her husband nearly divorced her because of Sheiva’s strangeness.

Pavel, Sonya’s husband, was a Jew from a noble family, a very erudite man. He worked as a safety insurance engineer at a factory. He was a well-known person in Chernovtsy because he had higher education and was a professional in his field.

Both of them worked and lived well financially. I don’t know whether Sonya and Pavel had a Jewish wedding, probably not because everyone was atheist then and was brought up according to the ideas of Marx and Lenin.

During World War II they found themselves in Romania, spent the war there and survived. They had a unique collection of books on art, which they took to Israel in 1967 when they emigrated right after the Six-Day-War [2].

Sonya liked me a lot and always considered me her heir. She and Pavel didn’t have children, and Sonya wrote me into her will in Israel. We ‘missed’ that will then, because daddy was afraid that correspondence with relatives abroad could do us harm. Later Sonya fell ill and ceased to write to us.

After her death in 1976 the unique library and everything that I was supposed to inherit was lost.