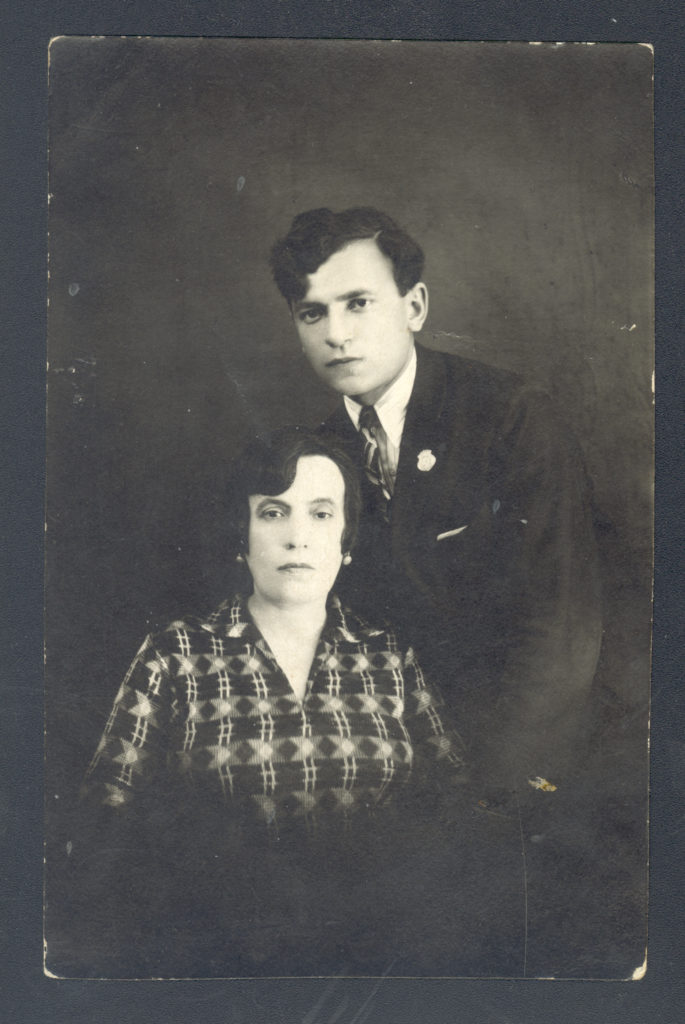 All their lives Aizik and Sheiva were engaged in charity, spending a lot of money on helping the poor. How they managed to come into such fortune, I don’t know. Mother’s parents had four children, all of whom were born in Beltsy: two daughters, Haya, my mother, and Sonya, and two sons, Munya and Usher.

Sheiva was strange in everything: the way she spoke, the way she dressed. She was gray-haired, but dyed her hair bright red; she used extravagant make-up, plucked out her eyebrows and drew them on with a cosmetic pencil. That was not commonly accepted then. We felt ashamed of her. Her attitude to life shocked the members of our family.

Sheiva lived with us in Leningrad for a short time. She used to go down to the first floor of our building, which accommodated a hairdressing salon, and tried to get a job there as a cleaner! And you see, she was not planning to work at all, had never worked in her life; she couldn’t even keep house. But she was constantly looking for a job, explaining it like this: ‘I cannot stand people supporting me, I should find a job.’

We tried to persuade her not to do that because, in the eyes of our neighbors it was a disgrace. Otherwise, she never did anything bad to anybody and as a whole was a nice person, but always remained a strange woman who was not able to communicate with people. Sheiva was not a religious woman. In her heart she was probably a believer, but I don’t remember her observing any Jewish customs.

Munya Peisakh was a very close friend of our family. Munya had no kids of his own, only adopted children, and who his wife was, I don’t know. Munya emigrated to Israel with his wife in 1950.

We even received parcels from him: Munya helped his mother Sheiva, and Sonya, who lived with her in Chernovtsy, and used to send part of the packages to my mother.

When he died in Israel in 1965 there was nobody left of his family.