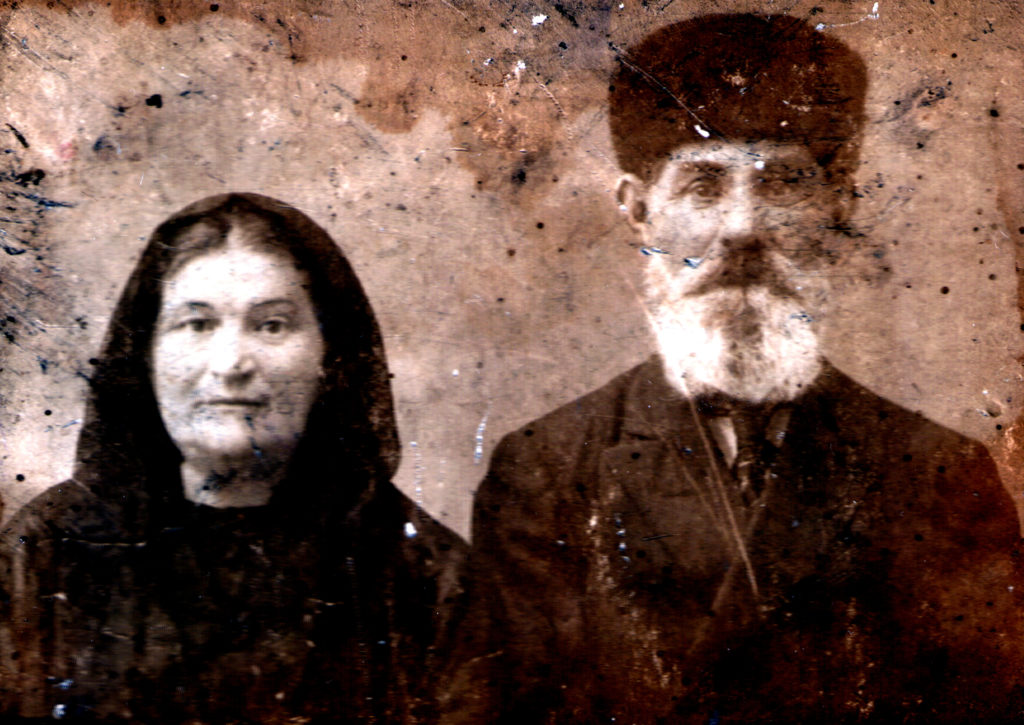 Samuel Zelbert and his wife

These are my parental grandparents Samuel Zelbert and grandmother (I do not know her name) Zelbert. The picture was made in Berdyansk in 1900.

Father’s eldest sister Rena was the only one out of father’s kin who stayed in Berdyansk after the Revolution. She was married to a local Jew Reinov. They had two sons, Samuel, named after grandfather, and Vladimir. During the Great Patriotic War Rena and her family evacuated in Baku, where they had stayed. She died in Baku in 1970. Markus moved to Moscow after the Revolution of 1917, when the Pale of Settlement was abolished. He was a tailor. Markus was married and had two sons- Rafael and Moses. Markus died in Moscow in 1978. He was buried in the Jewish Vostryakovskoye cemetery in Moscow. Isaac lived in Melitopol [Ukraine, 550 km from Kiev]. He had 3 daughters: Polya. Basya and Tsilya. I do not remember anything about him. Haim left for America before revolution. He was married at that time, so he immigrated with his wife and little daughter Betya. During the Soviet regime in USSR it was dangerous to correspond with the relatives, who lived abroad. There was no correspondence with Haim and no trace left.