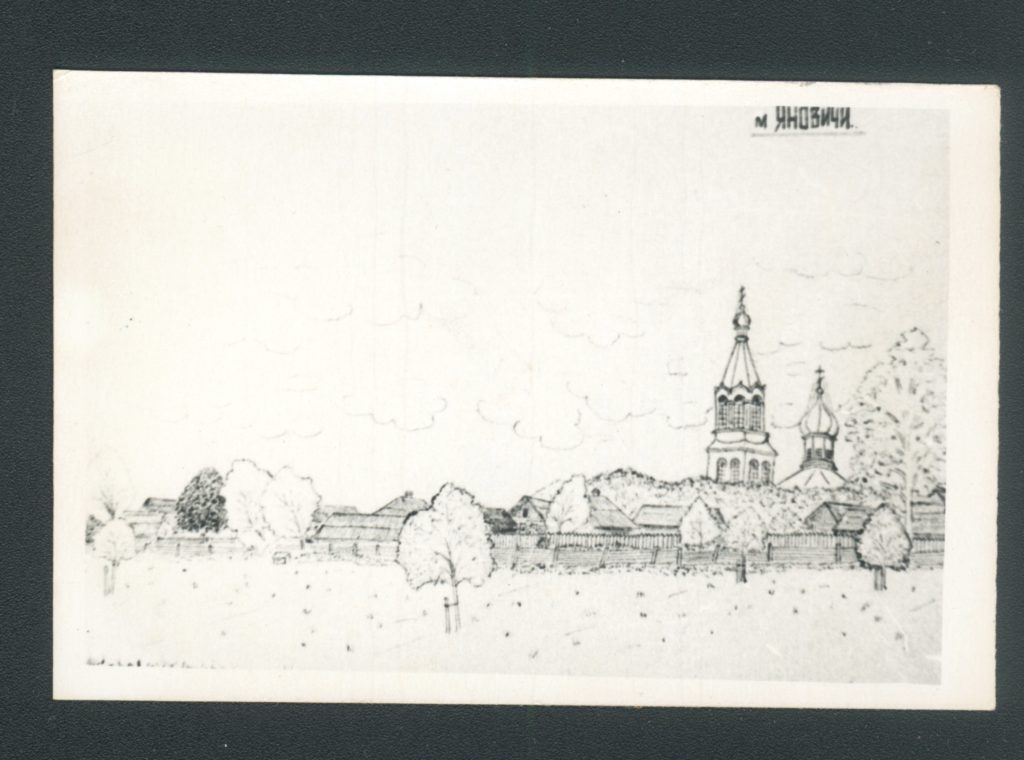 On this picture you can see the Russian Orthodox Church in the Jewish borough Yanovichi. This drawing is from the year 1926.

There was a beautiful Russian Orthodox Church in the middle of the settlement close to the market square. It was used for weddings and prayers. Sometimes children came inside to watch a wedding or some other ceremony. The settlement, the market square and nice houses, where not very rich but well-to-do and rather prosperous people lived, were located around the church. There was also a big park not far from it. A big wooden bridge led to the church across the Vymnyanka River. There was a street which led past the estate of the former Polish landowner, ex-owner of the Yanovichi borough, to Vitebsk. After the Revolution this manor served the Yanovichi population. A kindergarten was arranged in one of the buildings. I attended that kindergarten. Mostly craftsmen lived in that street behind the bridge. Every evening young people gathered on the bridge to spend their free time, especially on holidays and weekends. We had real fun.