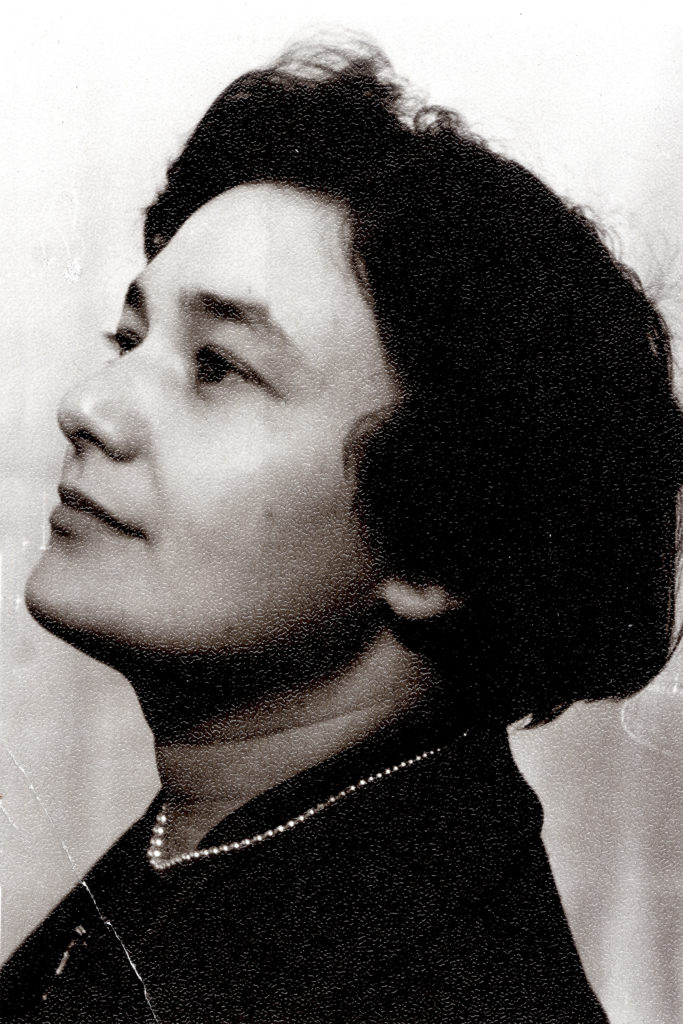 This photograph taken in 1965 shows my wife.

I got acquainted with my future wife when I worked at the Palace of Pioneers. My wife Rose Yakovlevna Ebert graduated from the Leningrad College of Foreign Languages (French faculty) and taught French at school.

She took her pupils to the Palace of Pioneers for excursion and came to my department. We noticed each other and I started courting her. It resulted in our wedding.

We celebrated our wedding in the large canteen of the Mariinsky theatre. We invited 102 guests. An orchestra played, several people shot films. We had a good time. I still keep invitation cards.

My wife’s mother Maria Romanovna was a seamstress and worked very quickly. My wife’s father was a tailor (like my father). He was a wonderful person.

He loved me very much (considered me to be his son). He often asked me to tell about a book I had read or a film I had seen. He said I was the best narrator he knew. My wife had got an elder brother (he was 4 years older than me).

Her brother was a medical officer (submariner). He graduated from the Army Medical College in Leningrad. Later he left for Chelyabinsk and worked there at the faculty of microbiology.

During my work in the technical school I never came across manifestations of anti-Semitism. All my colleagues were nice to me.

In 1970s our relatives left for Canada. We discussed it with my wife and decided not to leave the country.