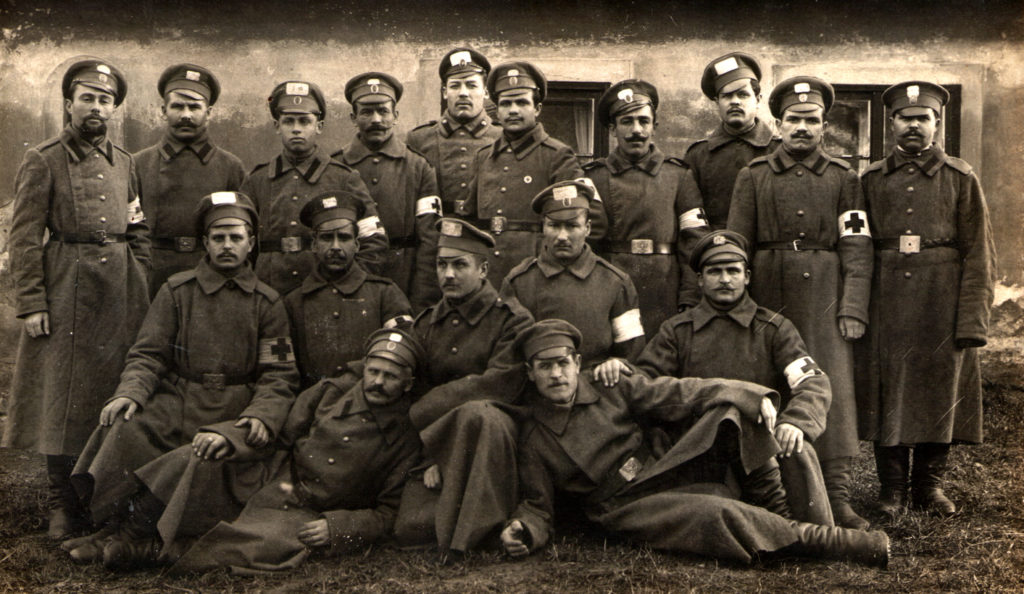 Moses Zelbert and the soldiers of the Russian army

These are the soldiers of Russian army, captured by Austrian army during World War 1. This is my father Moses Zelbert standing, the 5th in the top row, and the 4th is his friend Lev Gelzin. The picture was made in Reichenberg (Austria) in 1915.