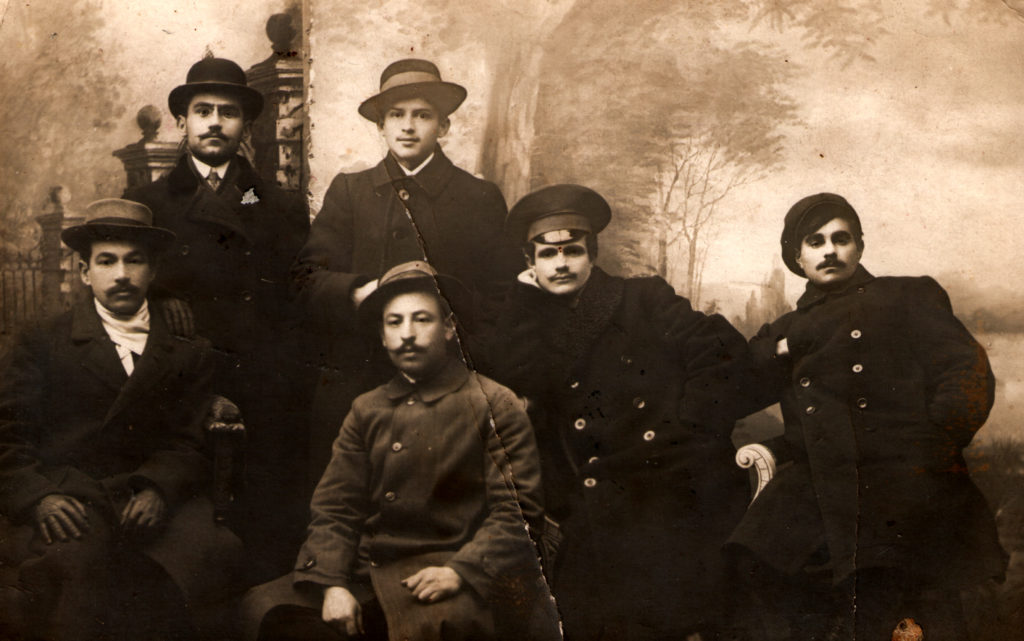 These are the musicians of the 5th squad of the 3rd regiment of the Emperor Alexander. The 2nd to the right is my father Moses Zelbert. The picture was made in Odessa in 1914. The last to the left is my father’s friend Lev Gelzin.