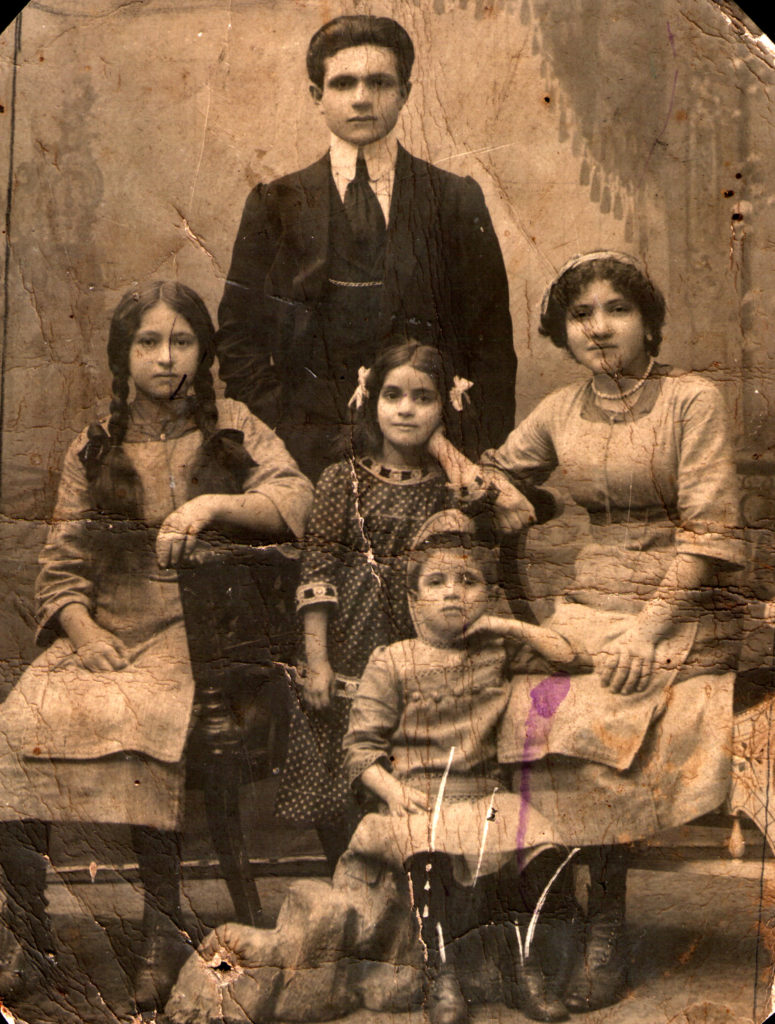 Moses Zelbert and his nieces

Unfortunately, there is nothing I can say about my paternal grandparents. They died at a young age, when father was a kid. All I know is that grandfather’s name was Samuel Zelbet. As for paternal grandmother, I even do not know her name. Father did not tell me much about his childhood. I do not know what grandfather did for a living. Grandmother was most likely a housewife as most married Jewish women. They lived in the town of Berdyansk, on the coast of Azov sea [Ukraine, 700 km away from Kiev]. There were five children in the family: the eldest child- daughter Rena and four sons: Markus, Isaac, Haim and my father Moses. Father was the youngest child in the family. He was born in 1892. I do not know when his siblings were born. When children became orphans, Rena became their foster parent. It is hard to say how they manage to survive, what money they lived on- father never spoke about it. All of them started to work early. Since childhood father ran errands for the owner of the footwear store. I do not know what education he got, but he was literate. I kept father’s letters. They were written in good Russian. During his childhood he learnt how to play clarinet. I think father got Jewish education as well. At any rate, he had all praying paraphernalia- tallith, tefillin, prayer books. Father knew Ivrit. He was religious. He prayed at home, marked Sabbath and Jewish holidays.

Father’s eldest sister Rena was the only one out of father’s kin who stayed in Berdyansk after the Revolution. She was married to a local Jew Reinov. They had two sons, Samuel, named after grandfather, and Vladimir. During the Great Patriotic War Rena and her family evacuated in Baku, where they had stayed. She died in Baku in 1970. Markus moved to Moscow after the Revolution of 1917, when the Pale of Settlement was abolished. He was a tailor. Markus was married and had two sons- Rafael and Moses. Markus died in Moscow in 1978. He was buried in the Jewish Vostryakovskoye cemetery in Moscow. Isaac lived in Melitopol [Ukraine, 550 km from Kiev]. He had 3 daughters: Polya. Basya and Tsilya. I do not remember anything about him. Haim left for America before revolution. He was married at that time, so he immigrated with his wife and little daughter Betya. During the Soviet regime in USSR it was dangerous to correspond with the relatives, who lived abroad. There was no correspondence with Haim and no trace left.