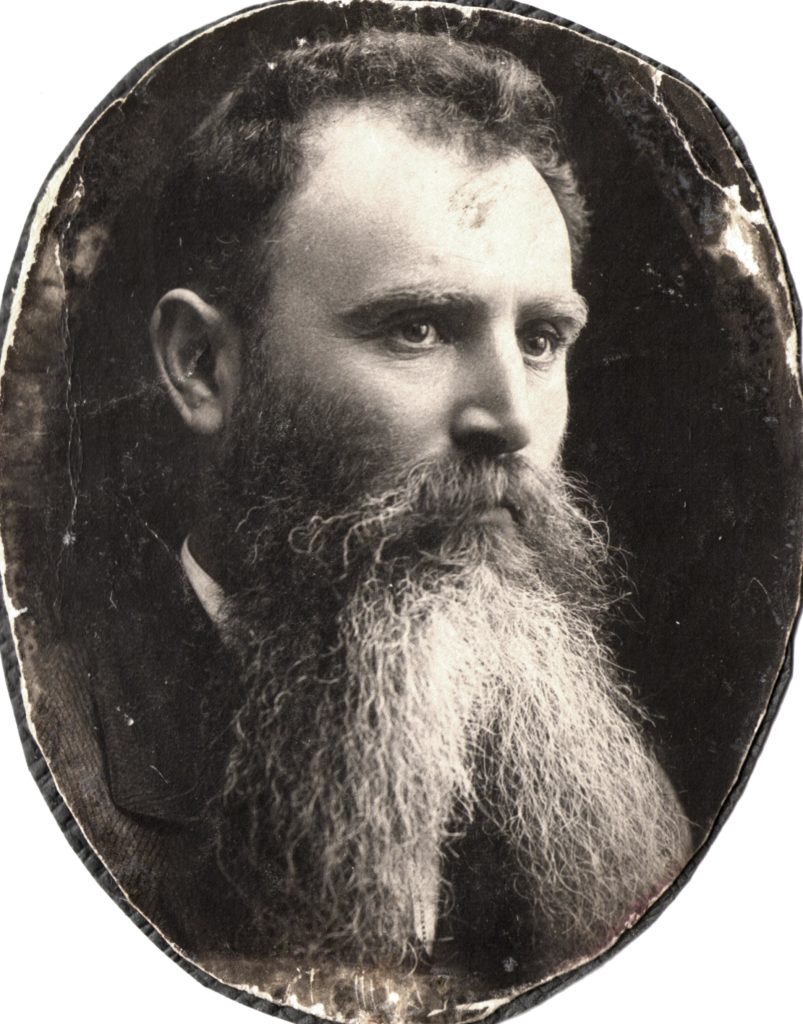 This is my maternal grandfather Mikhail Ogranovich. The picture was taken in Nikolayev in 1912.

My mother’s family lived in the Ukrainian city Nikolayev. My grandfather’s name was Mikhail Ogranovich. His Jewish name was Mendel. My grandfather was a common worker at the mill. My grandmother was married before she met my grandfather. She was very beautiful, but she came from a very large and poor family. She had a prearranged marriage to a wealthy man, who was much older than her.

She didn’t love her husband, and his family didn’t have a good attitude towards her as she was poor and without dowry. She gave birth to two children – a son who was called Naum, and a daughter who was called Genya.

I don’t know how my grandmother met my grandfather as she was married and the mother of two children. They fell in love with each other, and grandmother didn’t care that she was married and had two small children. She trespassed all social laws and rites, took her two children, and moved in with her beloved. From the standpoint of society at that time it was an improbable action. The children from the first marriage lived with them and my grandfather treated them as his own. Besides, my grandmother gave birth to six more children in her second marriage.

My grandfather was a common worker, but he wanted his children to get a good education. All of them went to a Russian lyceum, as there were no Jewish lyceums at that time.