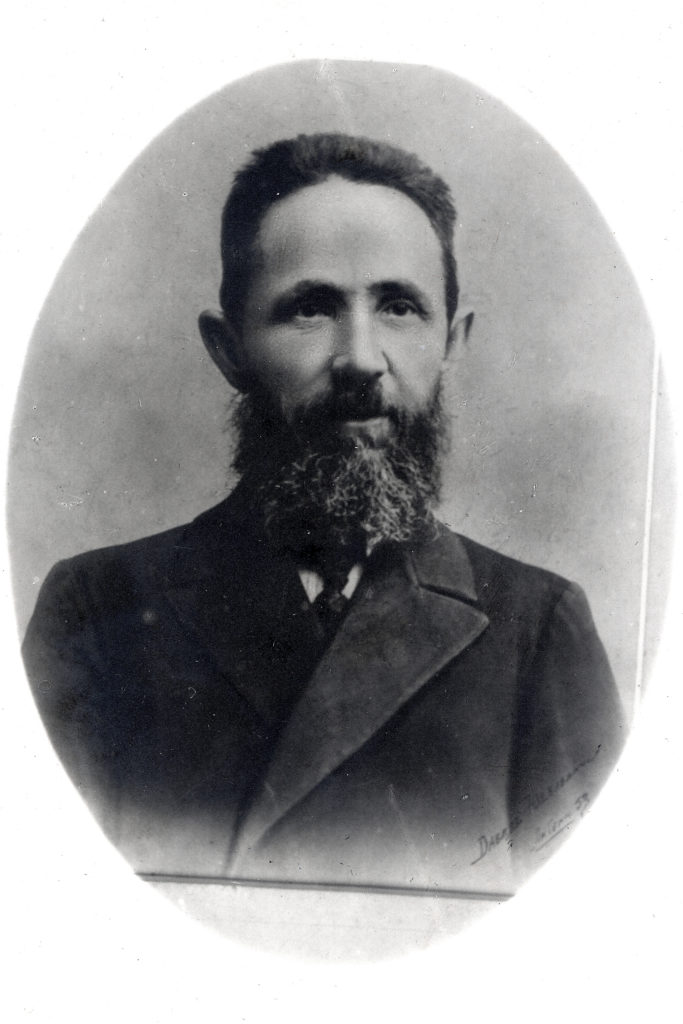 This photograph shows my paternal grandfather.

My father’s family came from the town of Velizh in Belarus. My paternal grandparents were born in Velizh. My father was born there too. It happened in 1885.

Unfortunately certificate of his birth was lost. His name was Epstein Eugeny Markovich or Genuch Meyerovich (his Jewish name). He was a tailor. In St. Petersburg father worked at Bronstein’s Berlin shop from 1912 till 1917. From 1918 till 1922 he worked as a tailor at the Theatre of Musical Comedy. Later he worked at the Smolninsky garment factory.

Father had got 4 sisters: aunt Tsilye, aunt Zhenya, aunt Rose, and aunt Sonya. They all lived in Leningrad. Aunt Tsilye was an outstanding therapist, her husband Samuil Karpovich was a lecturer at the Medical College, and their son Victor (he is 71 years old at present) works as a plasma metal cutting engineer.

During all his life father was engaged in individual work (he worked every evening at home), and worked honestly.