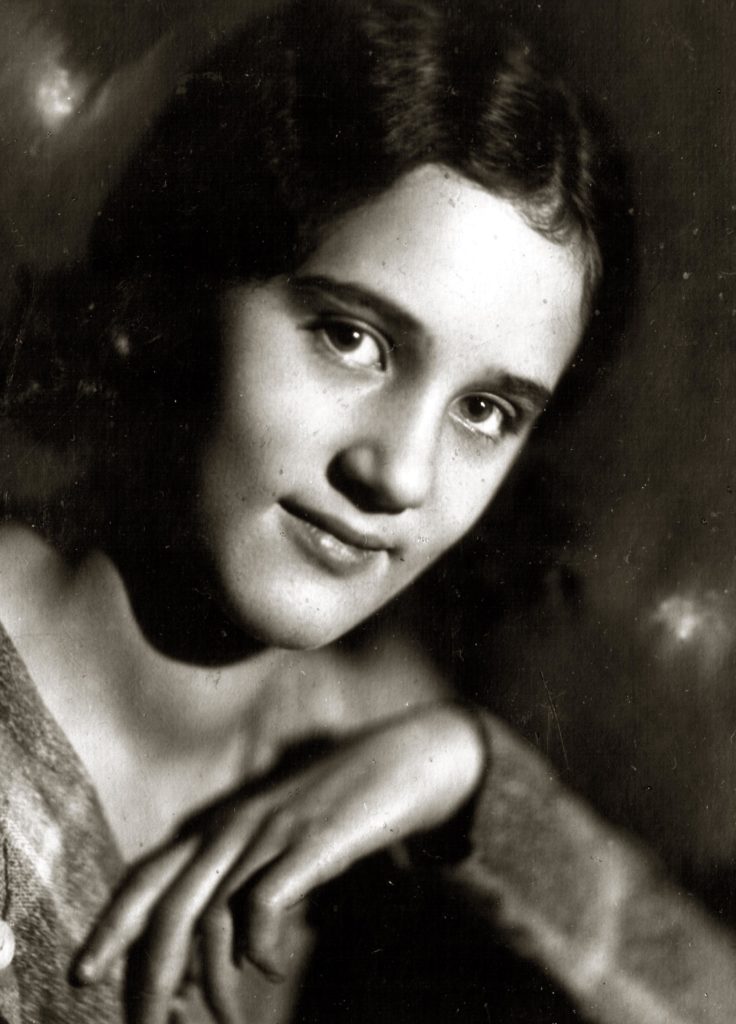 This is me. I had just turned 12. The picture was taken in Moscow in 1934. My sister Evgenia went to a ten-year compulsory school. After a year I went to the same school. I was a good student. I was very good at liberal arts such as languages, literature and history. It was more complicated for me to study exact sciences though I received good marks for them as well. I became an Oktiabryonok in the first grade, then I became a pioneer, and then a Komsomol member. I was an active girl and was eager to take part in all school events. I sincerely believed that I was supposed to be the best to set an example for the rest to follow. My parents nurtured a patriotic spirit in me. I believed in communist ideas. In 1940 I finished the tenth grade of school. During the last grade I also took private lessons of German apart from learning other subjects. When I was in the ninth grade, my parents asked me which institution I would like to enter and I said that I hadn’t made up my mind whether it would be the German or English department of the Institute of Foreign Languages. Then I heard from my mother that it would be better for me to study German in case we were to be at war with Germany. I didn’t take my mother’s words seriously at that time, but I remembered them. I didn’t manage to enter the Institute of Foreign Languages at the first attempt. My school friend, Veniamin Gubenko, was a connate architect, who was very good at drawing and painting. He plied me with love for architecture and talked me into entering the Moscow Engineering and Construction Institute though I didn’t have any propensity for drawing. He made some drawings for me to submit to the admission board and I took the entrance exams myself. Both of us were accepted.