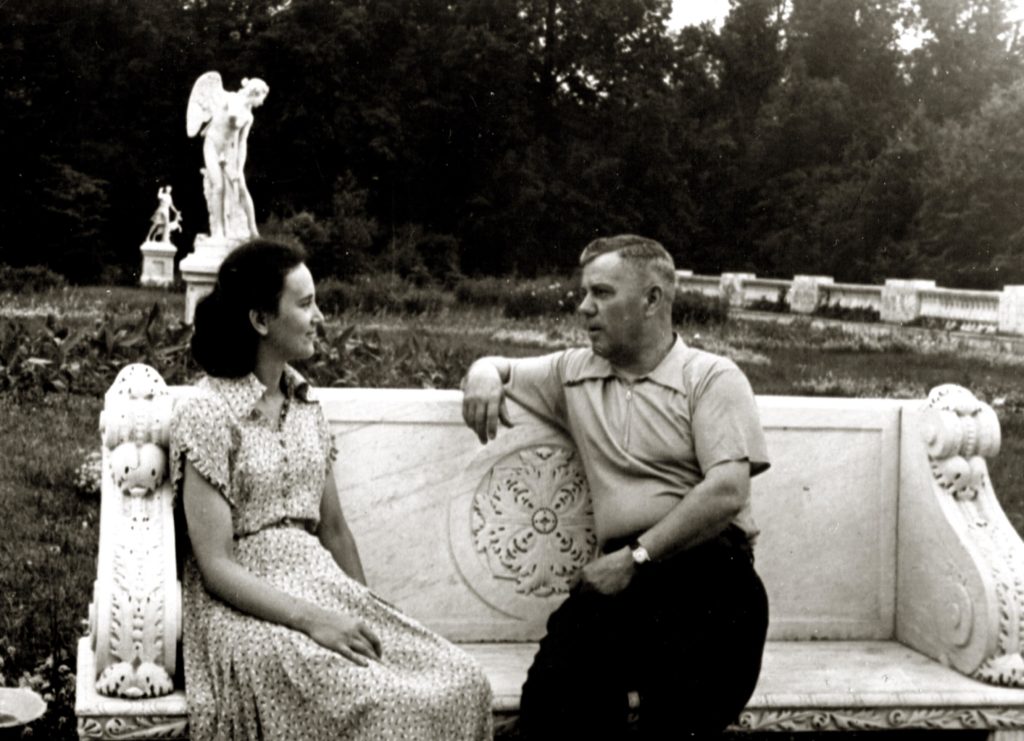 This is me with my husband. We are at the spa Archangelskoye, Belgorod region. The picture was taken in 1961.

In the post-war period I got married in Germany. During my service in the army I had a lot of wooers, who confessed their feelings, and proposed to me, but I didn’t like anybody, I was only ready for friendship. My husband-to-be, Colonel Pavel Sineokiy, was assigned the commandant of Greifswald. Later Pavel told me that he fell in love with me at first sight. In fall 1946 we got married in Greifswald. Pavel was much older than me. He was born in 1901 in a Cossack settlement near Kuban. He came from a peasant family. Pavel’s father was Miron, but I don’t remember his mother’s name. His parents passed away before the war and I never met them. He had two brothers. Pavel left his parental home before the revolution. He was a great horse-rider like the rest of the boys in the Cossack settlement. That is why he went to the Cossack regiment of the tsarist army, from there during the revolution he went to the cavalry.

After the revolution and Civil War, Pavel was sent to the Military Academy named after Frunze in Moscow. Pavel was a very capable and smart man; he was the best student of his graduation year. There is a tradition in the academy named after Frunze of getting golden engravings of the names of the best students on the white marble slab in the hall of the academy. Pavel’s surname is on that white marble slab. After graduation Pavel was sent to Turkey as a military intern. When the war was unleashed Pavel went back to his motherland and asked to be mobilized in the lines. He was in the lines from the first days.

My husband and I took trips abroad very often. Almost every year we were invited to Greifswald, where my husband was a commandant after war. Even after he came back to the USSR people from Greifswald treated him with love and respect. During our visits we were invited to visit schools, kindergartens, plants, etc. We were also invited for feasts and banquets. We had a very busy schedule.