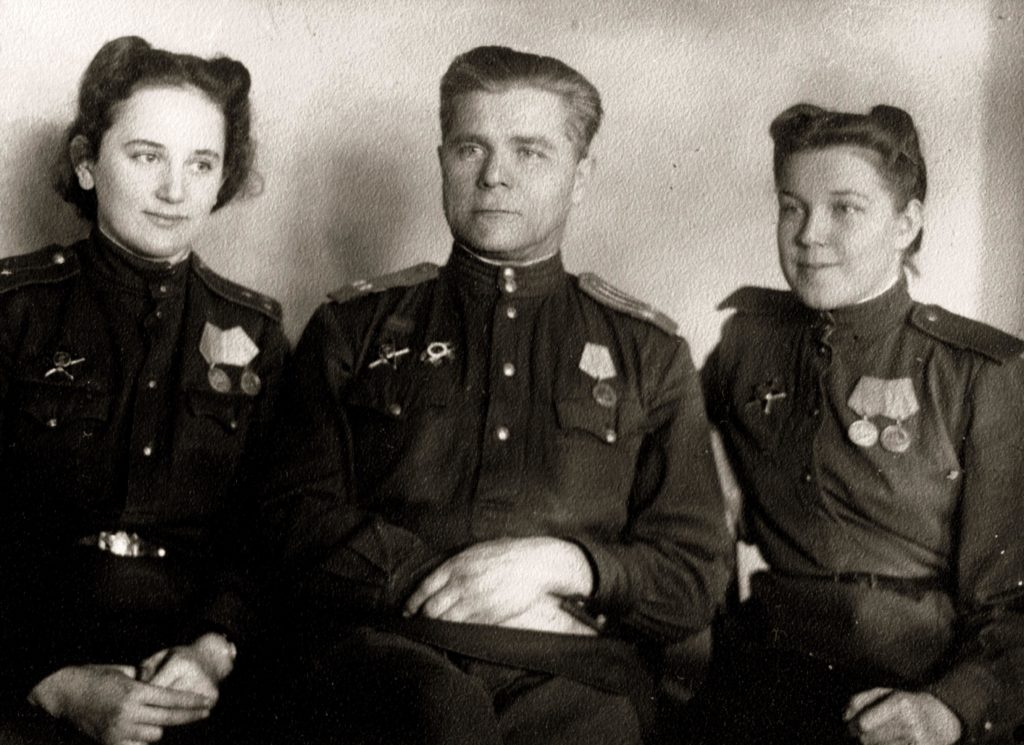 From left to right: me, Ponomarev, deputy commander of the political department of the regiment, and my fellow translator Elena Korchagina. The picture was taken in Greifswald in 1945. I joined the army after the Leningrad siege was broken. Breaking the siege wasn’t enough for me; I had to take part in the battles. We were winning back the piece of land, eight kilometers wide. The German intelligence didn’t even know about that. Nobody reported to the German commandment that the headquarters of the army with commanders and the council, the brain of the army, was based on that piece of land. We didn’t have a place to go. We fortified our positions on the bank of the canal outside Leningrad, which has been built by the tsarina, Catherine the Great for the amusement of her court. The canal was 20 meters wide so it was possible to take boat trips, which was rather popular in the times of Catherine’s reign. We tried to make assumptions whether the Germans had noticed us or not, or whether they would start bombing or not. God was with us and all the barges remained unnoticed. We successfully got off at Oranienbaum bridgehead and began to get ready for the attack. The first thing was to take the captives and find out from them where the German troops were located. It was my first experience to work with the captives, before that I had to work only with the documents. I was a timid and self-conscious girl, and I was afraid that the captives would lie to me. I was to talk to the fascist face to face without security guards and without any assistance. From the psychological standpoint it was very complicated. An officer was with me only during two or three cross-examinations. When I got to understand what to ask and where to put an emphasis on I was told that I was ready to work independently.