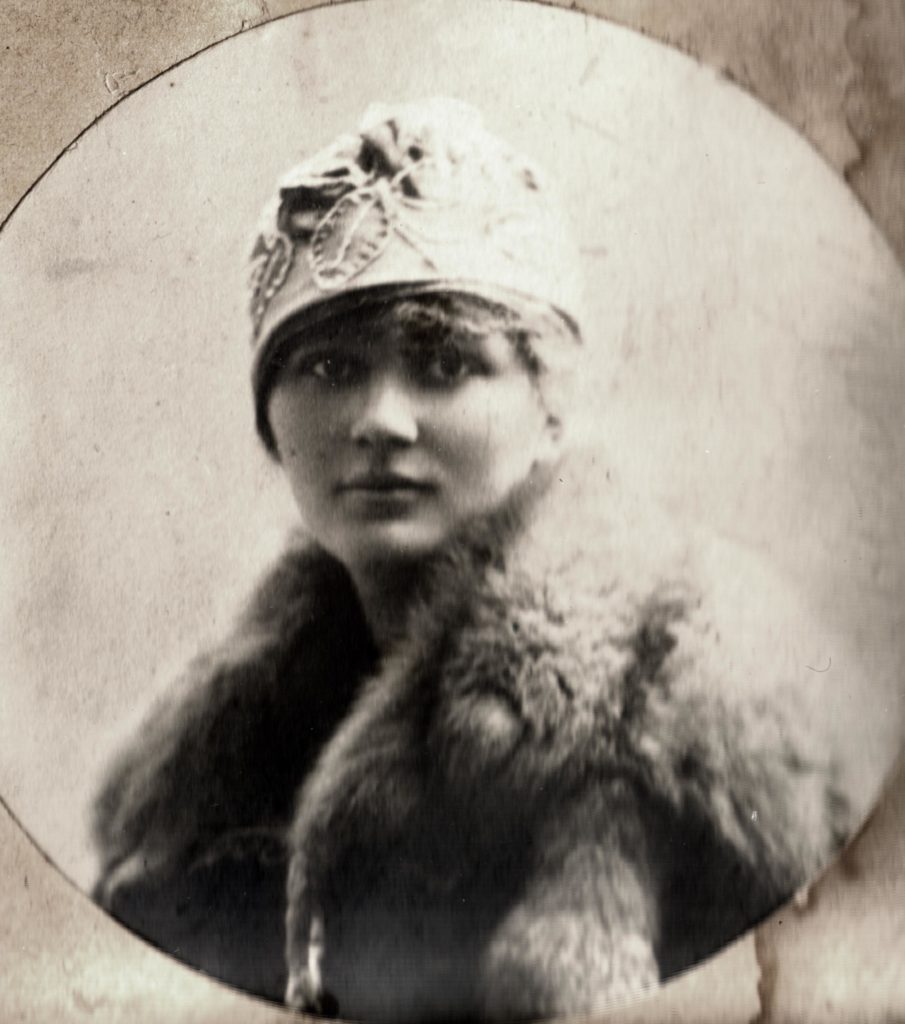 This picture of my mother Maria Yanova was taken after her wedding. She gave copies of this picture to her relatives. The picture was taken in Moscow in 1920. My mother worked in an office as a typist. Some of Uncle David’s new acquaintances introduced my mother to my father. They fell in love with each other. My mother told me that they lived in different ends of the cities. There was no public transport and my father used to walk across the entire city to date my mother. In 1919 they got married. I don’t think they had a Jewish wedding. They probably didn’t have any wedding party, as it was at such a time where there wasn’t even enough bread to be full. I think the wedding party wasn’t the most important thing. My father was head over heels in love with my mother and he loved her all his life. After getting married, my parents lived in the same house as my father’s brother, Ion. One of the apartments close to Ion was vacant and the Ispolkom permitted my father to occupy it. My father worked as an accountant at an automobile plant. There was a small plant, not far from our house. It used to produce some parts for automobiles. The plant doesn’t exist any longer. My mother was a housewife. In 1921 my elder sister, Evgenia, was born. I was born in 1922. I was named Marina, a name with starting with the letter ‘M’, in honor of my recently deceased grandfather Moses. When my sister and I were small, my mother didn’t work and raised us. She started working when we went to school. She was employed at the publishing house ‘Goslitizdat’. She worked there until retirement. She started her career as a typist, and then she became the administrative secretary. She managed work of the editors, translators, typists, and distributed scripts. In general, she was responsible for the technical and organizational part of work. My mother was acquainted with many writers and poets. My mother was the most experienced employee of the publishing house, and when a new manager came, he directed people to my mother when they had certain issues to tackle.