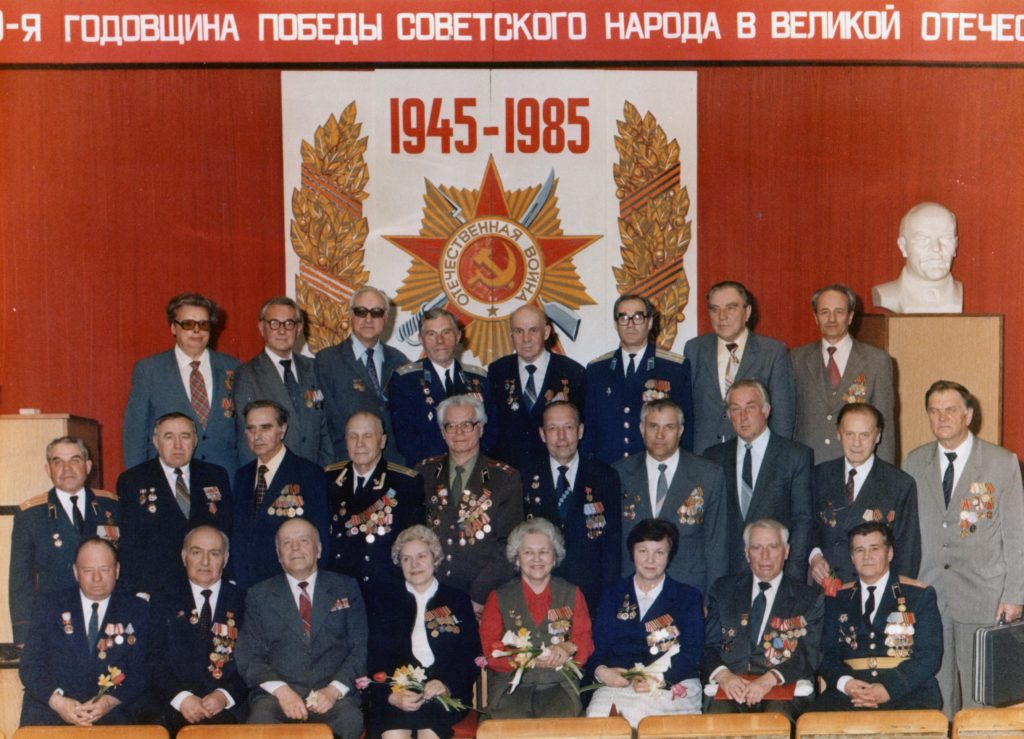 This picture was taken at the military registration office where we, war veterans, were invited to celebrate the 40th anniversary of the victory over Germany. I am standing on the right in the 3rd row, near Lenin’s bust.

We lived a life typical of many Soviet people. My wife and I worked, our daughter studied at school. At home we celebrated Soviet holidays: 1st May, 7th November, Soviet Army Day, and Victory Day.

On Victory Day we all used to go to the Eternal Flame and lay flowers at the Grave of the Unknown Soldier. In the evening we had guests.

I am a war veteran and I get a good pension as compared to other people’s pensions, I enjoy certain benefits. But the majority of old-age pensioners have just a scanty pension that is not enough even to subsist.

Many people are envious of Jews because we can leave this country and we are supported by numerous Jewish charity organizations. They really take good care of the old. I am a member of the Moscow Council of the Jewish War Veterans.

True, I cannot take an active part in its work now; those who are younger work there. But when I feel well enough I always come to the meetings. Now our organization is getting ready to celebrate 60 years of the victory in the Great Patriotic War.

They are going to arrange a big holiday for us, war veterans. My family and I will go there without fail. I have not returned to the Jewish religion and traditions.

Probably, I was a Communist Party member too long and now it’s too late to change my convictions. But I’m happy to see the young people come to their roots and study the history and traditions of their nation.