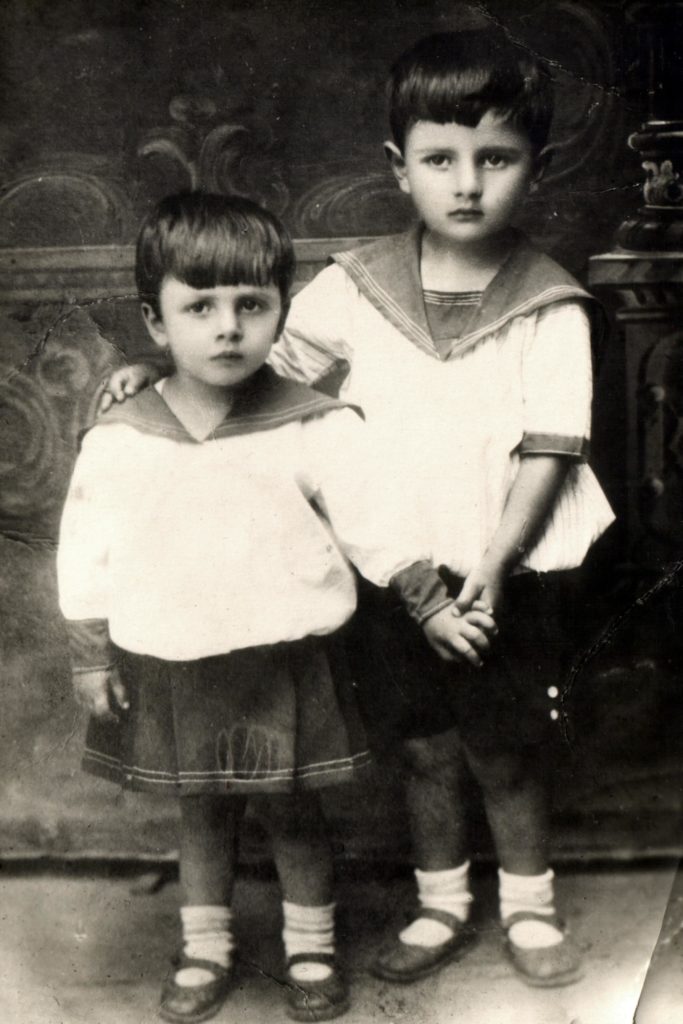 In this picture I (on the right) was photographed together with my younger sister Berta.

´The picture was taken at the request of uncle Beniamin, my father’s elder brother who lived in Dnepropetrovsk.

My parents took us to a photographer to have this picture taken. One copy was sent to Beniamin, and the other was left with us.

The photo was taken in Volchansk in 1923.

My parents got married in Volchansk at the beginning of 1919. They had a traditional Jewish wedding. After the wedding they rented lodging from a Jewish family.

I was their first child; I was born in late 1919. My paternal grandfather Leib had died not long before I was born, that is why I got his name. But in my documents I was registered under the Russian name of Lev.

It was a very hard time, the time of the Civil War. People starved and suffered from terrible epidemics of different types of typhoid, which also killed a great number of victims. Besides, Jewish pogroms often happened during the Civil War.

Volchansk wasn’t spared of them either. My mother used to tell me about the Jewish pogroms that started when Petliura’s troops came to Volchansk. My parents’ neighbors, Russian Orthodox believers, hid our family in the attic of their house.

Mother said that she was most of all afraid that I would cry and gang members would hear me crying, so she was holding her hand against my mouth all the time. But I was calm and none of Petliura’s men suspected anything.

After the Civil War, life straightened out little by little. My father earned enough by that time; at any rate we were well provided for. In 1921 my younger sister was born; her common name was Berta, but her Jewish name was Beba.

Our relatives and Jewish women from our street came to our place. We had a spacious kitchen and a big Russian stove. Some made dough; others rolled the dough out, while I had the most important job: I had to make small holes in the rolled dough with a special wheel made from the pinion of the big wall clock.

It took us several days to bake the matzot, because there had to be enough matzot for all the families who took part in the baking. There was no bread in our house during all the days of the holiday; we ate only matzot.