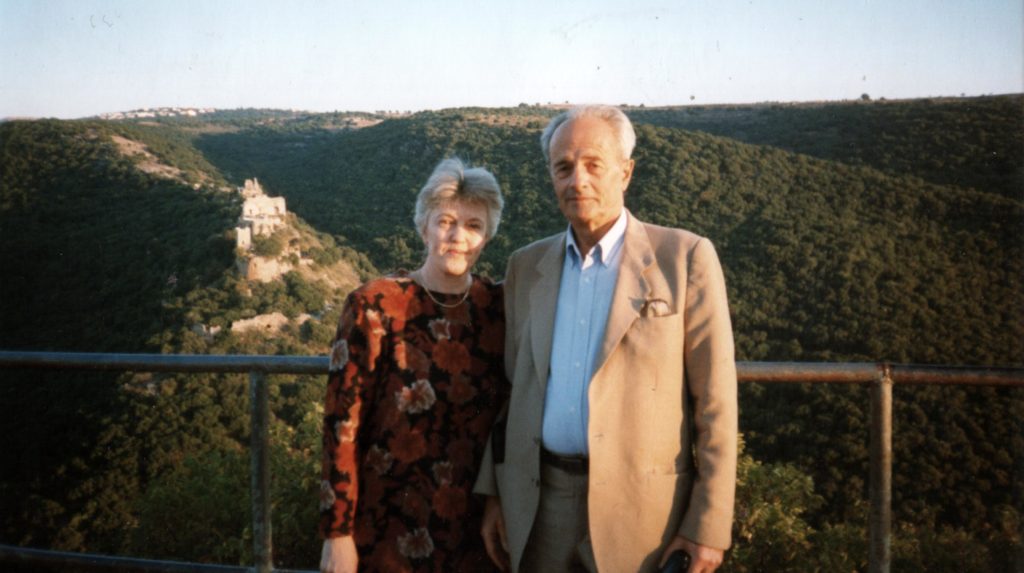 Lev Galper with his niece Elena

This is a picture of me with my niece Elena, my sister Berta’s daughter, during my trip to Israel.

My younger sister Berta, after graduating from the Library Institute, couldn’t find a job. My father’s elder brother, Beniamin, who lived in Dnepropetrovsk, invited Berta to come and stay with him. He helped her to find a job at a library.

Berta lived with him. In Dnepropetrovsk she met Anatoly Lyubchich, a Jew, and married him. It was Anatoly’s second marriage; his children of the first marriage lived with his former wife.

In 1948 Berta gave birth to her daughter Elena. When Elena finished school she entered the Dnepropetrovsk Medical Institute and after graduation worked as a pediatrician.

At the beginning of perestroika I went to Israel to see my sister. She was in very bad shape at that time, seldom regained her consciousness and couldn’t recognize anybody. But even in such a poor condition she lived a few more years and passed away in 2003.

I saw Israel with my own eyes. I admire the people of Israel who managed to create a wonderful country within a relatively short period of time. It is a country where everything is at the service of its people. Everything in Israel is made properly. I saw clean towns and settlements all buried in flowers, I saw marvelous roads, I saw happy people.

I admired their attitude towards the army: for Israelis, the army service is not a burdensome necessity, like here, where people try to avoid it by all means, but a point of honor for every Israeli citizen. Indeed, the army of Israel deserves admiration: the small country surrounded with hostile Arab states on all sides, is able to defend itself.

My niece and her husband drove me around the country and showed me places of interest. Everything was exciting. Elena and her husband who works at a factory are satisfied with their life and confident of their future.