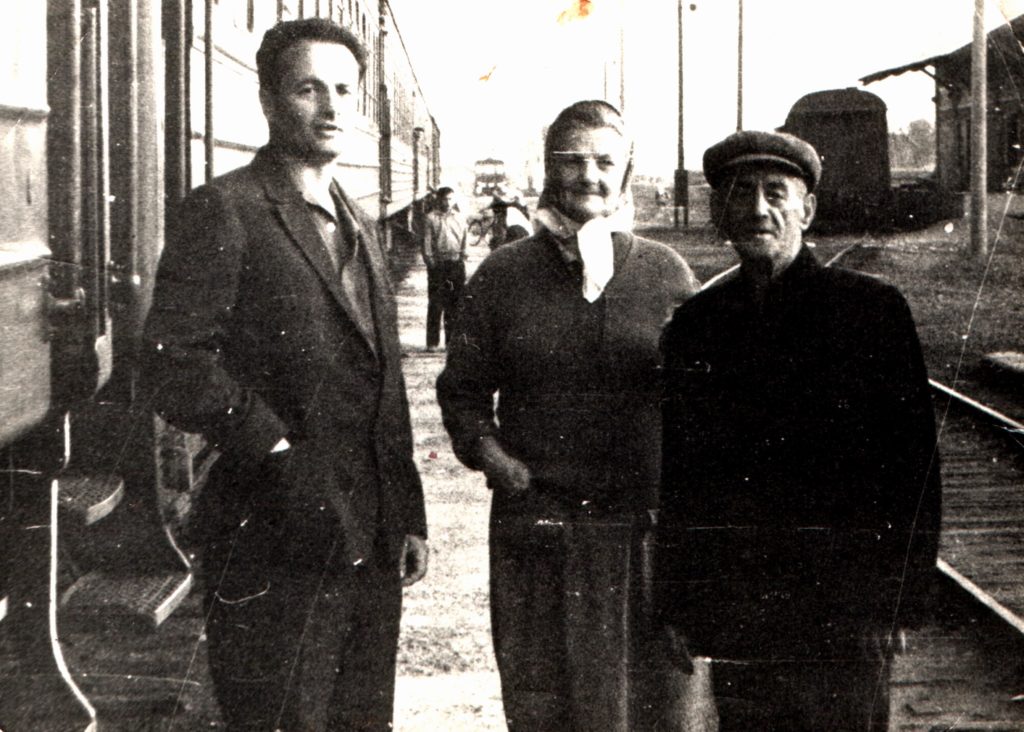 This picture was taken on the platform of the Kharkov train terminal.

I had come to see my parents during my vacation, and then they went to Kharkov to see me off. Left to right: I, my mother Eva Galper and my father Zinovy Galper.

In 1947 I graduated from the correspondence department of the Moscow Textile Institute. I was already married and my wife was expecting a child. Having defended my diploma, I went to work at the Moscow cloth-mill as a foreman assistant.

I worked at the mill for five years; then I was transferred to the weaving mill outside Moscow. Later, I went to work at the Research Institute for Light and Food Industries.

I was commissioned to develop a new direction in economy planning based on a completely automated planning system.

My sister Berta resumed her studies at the Library Institute in Kharkov. My parents were left alone. My father continued to work as a hairdresser, and my mother was a housewife.

In 1970 my father got very ill. Berta came to Volchansk to take care of him. Father died in the same year. He was buried in the Volchansk Jewish cemetery. The funeral was common because at that time there was neither a rabbi, nor a synagogue in Volchansk.

My mother was left alone in Volchansk. Berta stayed with her for some time, but then she had to return to Dnepropetrovsk. She sold the parents’ house, and mother came to live with me. She lived with us till her death in 1978.

We buried our mother in the Jewish plot of a Moscow cemetery.