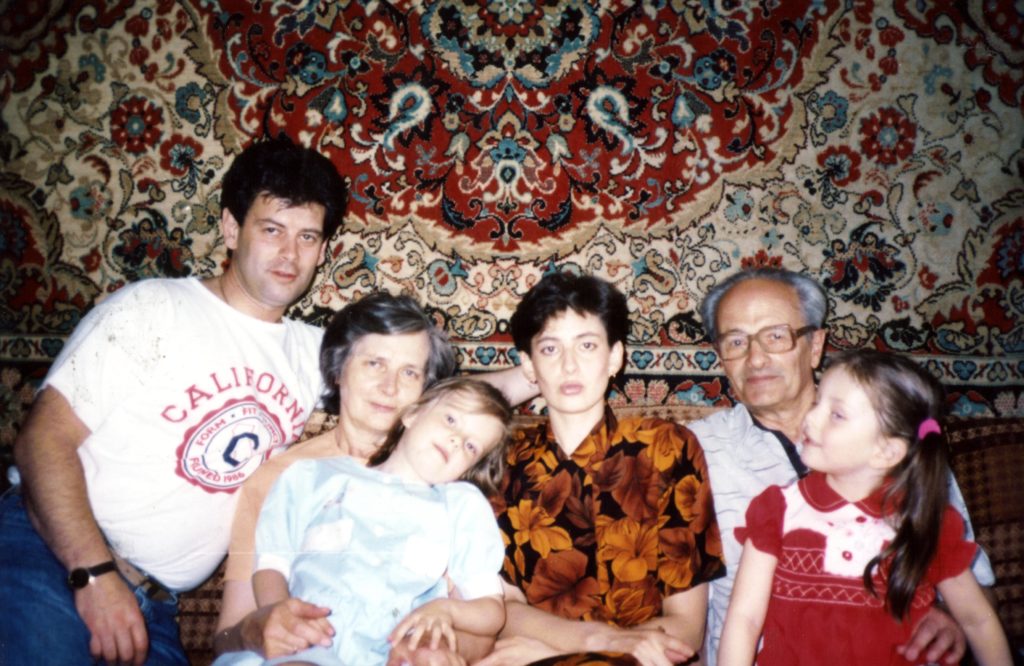 Lev Galper with his family

This picture was taken in our home when my younger son Vladimir who lives in the USA came to Moscow to see us.

My younger son Vladimir, after finishing school, entered the Moscow Road-Transport Institute. When in the 1970s mass Jewish emigration to Israel began Vladimir quit his studies after the fourth year and left for Israel.

Later he moved to the United States, to San Francisco where he lives now with his family. Vladimir took up photography and is quite successful in this business. He married an emigre from the USSR, they have two daughters.

Emily was born in 1993 and Eva was born in 2001. I keep in touch with him: we often exchange letters and talk over the phone. In summer Vladimir and his family come here to see us. My son is satisfied with his life and I’m glad things turned out well for him.

My daughter studied well at school. She was a young Octobrist, a pioneer, a Komsomol member – like everybody else. After finishing school she entered the economics faculty of the Moscow Institute for Economics and Management.

Inna got married and took her husband’s name. Her name in marriage is Yegorova. She has two daughters: Svetlana, born in 1986, and Yevgeniya, born in 1988.

Inna divorced her husband and now she and her daughters live with us. Svetlana is finishing school this year and will continue her studies after school. Yevgeniya is still in high school.