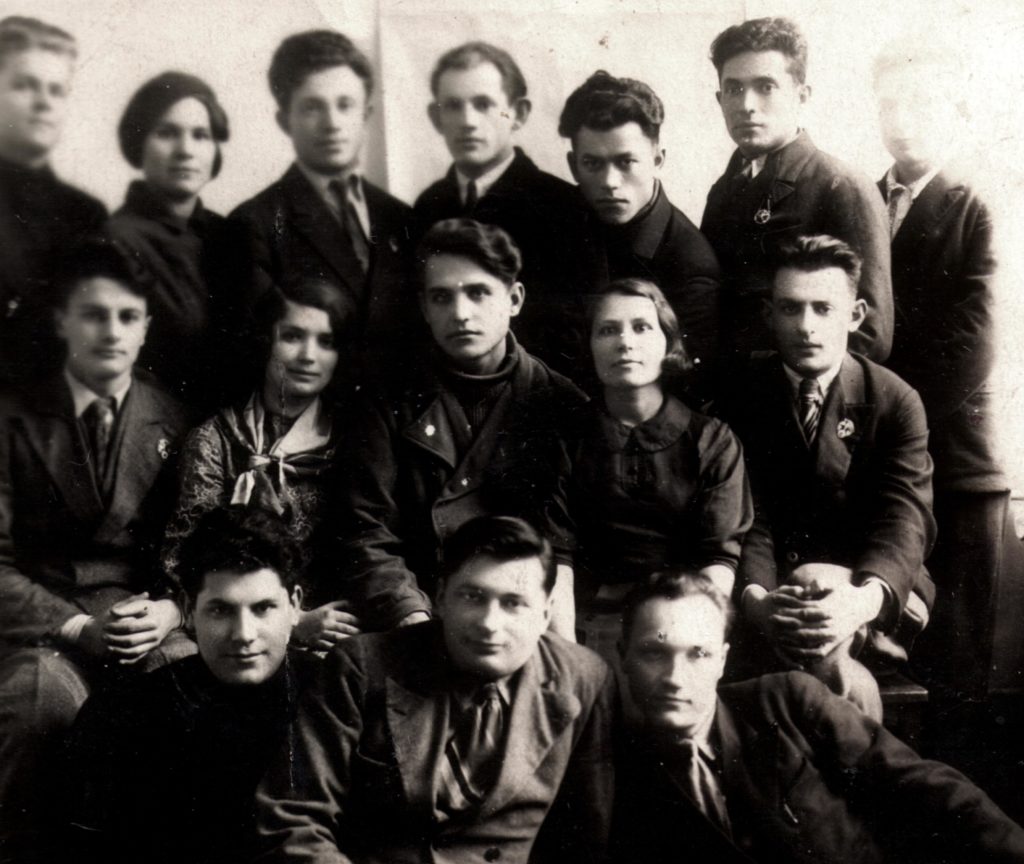 Lev Galper with his co-students

This is a picture of freshmen at the Kharkov Textile Institute.
We were photographed at the beginning of the academic year.
I am the first from the left in the 2nd row.

In the middle of the 1st row is Stepan Fomenko; he was the oldest of us and was elected chairman of the students’ committee. On my right is Galina Grudinskaya; after the war she became Fomenko’s wife.

Right after finishing school I went to Kharkov. I went together with five other young men from our area. We came to the Culture Center of the Kharkov machine-building factory where the medical board was working. All the doctors examined us and I was told that my anthropometry parameters didn’t meet the requirements.

I didn’t weigh enough, and my weight deficiency was considerable. I was told that they would give me a recommendation for the military technical air-force school. I went home and started waiting for the invitation, but a month later I got a letter where they refused to admit me.

Entrance examinations in higher educational institutions were already under way, and I had to enter at least somewhere, so I went back to Kharkov. I tried to enter the military economics academy. I passed all the first exams; there were two days left before the last one, an exam in chemistry.

In the street I saw a notice about admission to the Textile Institute. They took me considering the results of the exams I had passed at the academy. Thus, quite by chance, I became a textile-worker. I was given a place in the dormitory and on 1st September 1938 I started my studies.

There were quite a number of Jewish students in my group and at the institute. Others were very well disposed towards us. I studied well, studies were easy for me. I was considered a good student.