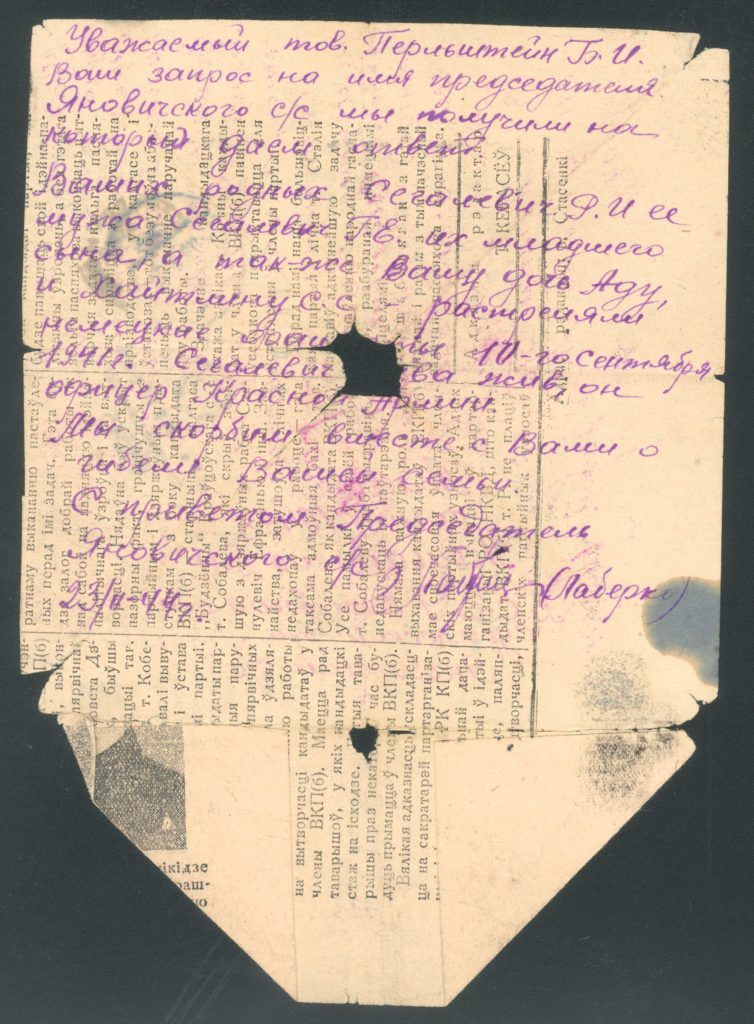 Letter to Blyuma Perlstein about the death of her family

I have a note here, a piece of newspaper, which is a notification about the death of my daughter and my sister’s family. It is just a scrap of paper, but it states clearly that the Yanovichi borough council received a letter from me and sent a reply to it: ‘Your relatives, Raisa Sigalevich, her husband Sigalevich, their younger son, your daughter Ada and Ada’s grandmother, your husband’s mother, Chaya-Isya, were executed by the Fascists on 10th September 1941. Lev Sigalevich is alive, he is a Red Army officer.’ He is the only relative of my husband who survived. I keep this note. I received this letter, a reply to my inquiry, from the Yanovichi borough council chairman. The letter is written in legible handwriting. They even wrote: ‘We grieve about the death of your family.’ The letter was written on a piece of newspaper and sealed up in the form of a soldier’s triangle. Looks like they didn’t even have a clean piece of paper, because this happened right after the liberation of Yanovichi from the Germans.