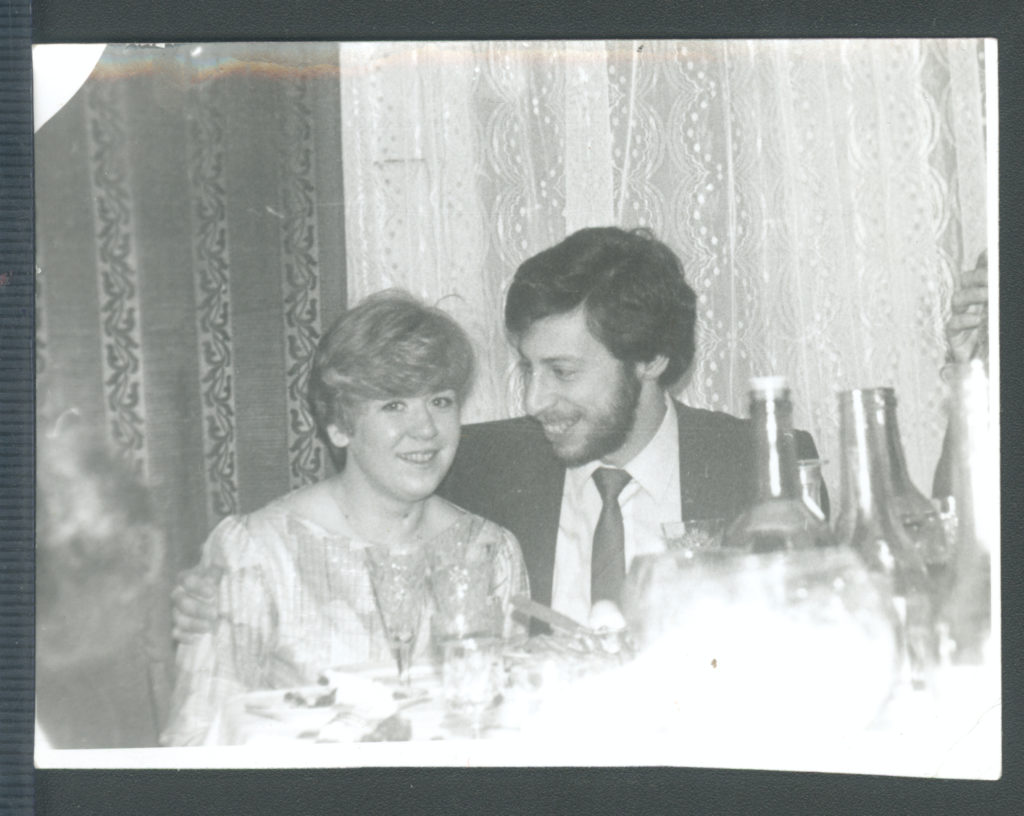 Leonid Kolton with his wife

This is my son Leonid Kolton and his wife Maria Schwarz at their wedding at our home in Leningrad in 1985.

Leonid completed secondary school, majoring in mathematics in 1976, and we knew beforehand that he would not be admitted to university, and we couldn’t do anything about that. Leonid’s school teacher spoke of his abilities: ‘Who else should study at university if not Leonid?’

Even in spite of the fact that my husband Garry had acquaintances at the university, nobody could help. The custom was to make special lists in advance, with the names of Jewish applicants who should be admitted.

Leonid’s school teacher had contacts with a man who regulated the number of Jews to be taken to the Faculty of Mathematics and Mechanics: he decided who would be accepted from ‘half-bloods’ [children from mixed marriages] and who from ‘pure blood’ [children with two Jewish parents], and the ‘pure’ were almost never admitted.

Leonid didn’t want to enter any other institution except for university. He worked for one year and achieved good results in computer programming.

The following year [1977] the person responsible for the reception of Jews into university told us: ‘All right, if he gives us his word of honor that he is not going to leave for Israel, let him enter the Department of Mechanics. We will not interfere.’ My son passed all his examinations.

Leonid married his friend Mary Schwarz, a Jew, in 1985. There were many friends and relatives at his wedding, and we had a party at home after their registration in ZAGS [state bureau for registration of marriages, births, etc.]. They didn’t have a chuppah at their wedding.

One year after the wedding a daughter, Zoya, was born to Leonid and Mary. In 1991 a son, Semen, was born, and in March 2002, another daughter, Alexandra.

Leonid has worked at the charity center Hesed Avraham since 1993, and since 1997 has been head of this charitable foundation.