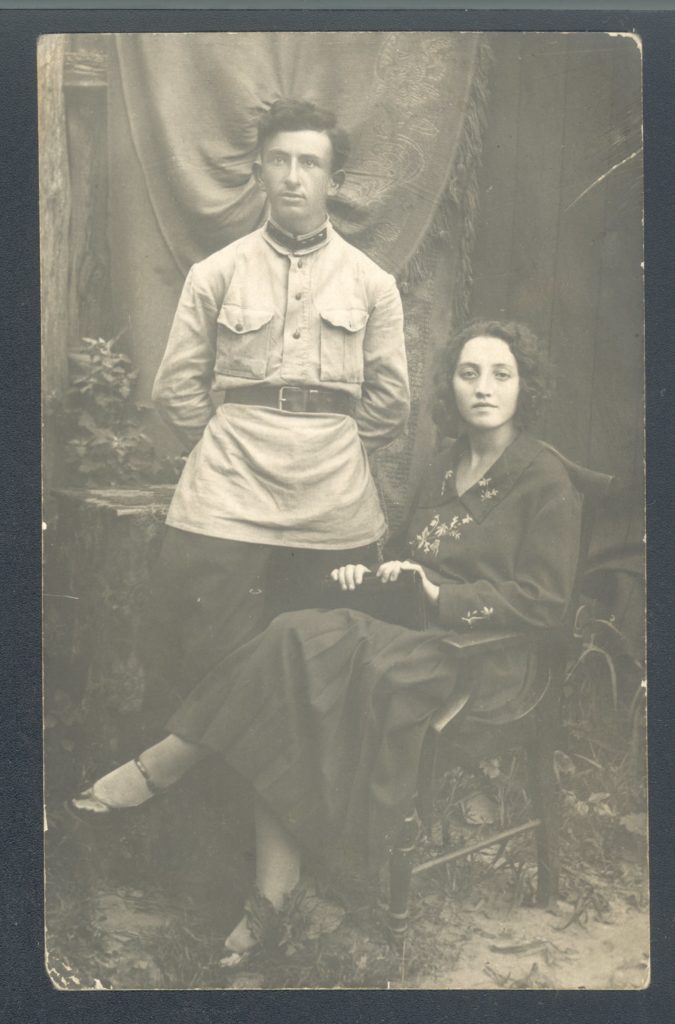 Iosif Perlstein with his wife

This is my brother Iosif Perlstein, 24 years old, with his wife Sima. The photo was taken in Yanovichi in 1926.

My brother Iosif graduated from a military topographic school and the Military Land-surveying Academy, Faculty of Land-surveying. He worked in Kiev and in Moscow. The last rank he was conferred was lieutenant colonel. He also took part in the Great Patriotic War. He had a wife, her name was Serafima Baskina, and daughter, Inna. Inna studied in Moscow and worked as a journalist in Tallinn, at the editorial staff of the ‘Soviet Estonia’ newspaper. Her son, Yuriy Gati, worked as a TV presenter at the Leningrad TV. Iosif died in Tallinn, Estonia, in 1979.