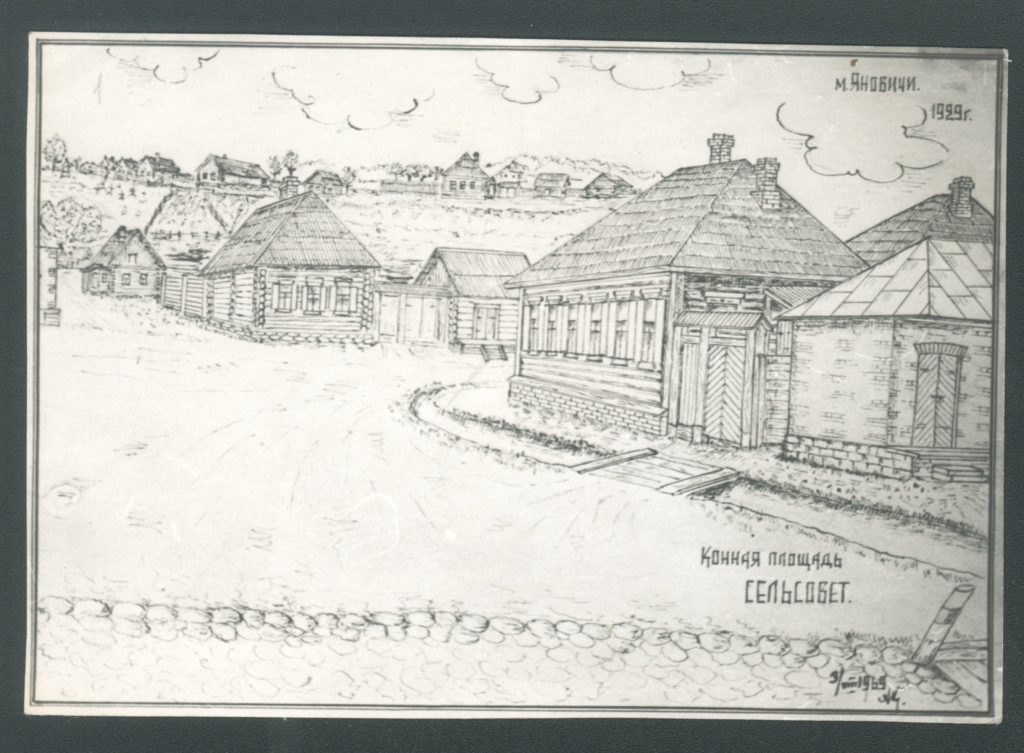 Horse Square and the Borough Council in the Jewish Borough Yanovichi, where Blyuma Perlstein lived

This is the Horse Square and the borough council in the Jewish borough Yanovichi. The drawing is from the year 1929.

There was a big open square for horses near the school, it was called the Horse Square, and was situated close to the central market square. A big building near the school was the borough council. There was an office in the council building, where the council employees based their borough administration. There was a drugstore in a small corner house to the left, at the beginning of Lyaznyanskaya Street.