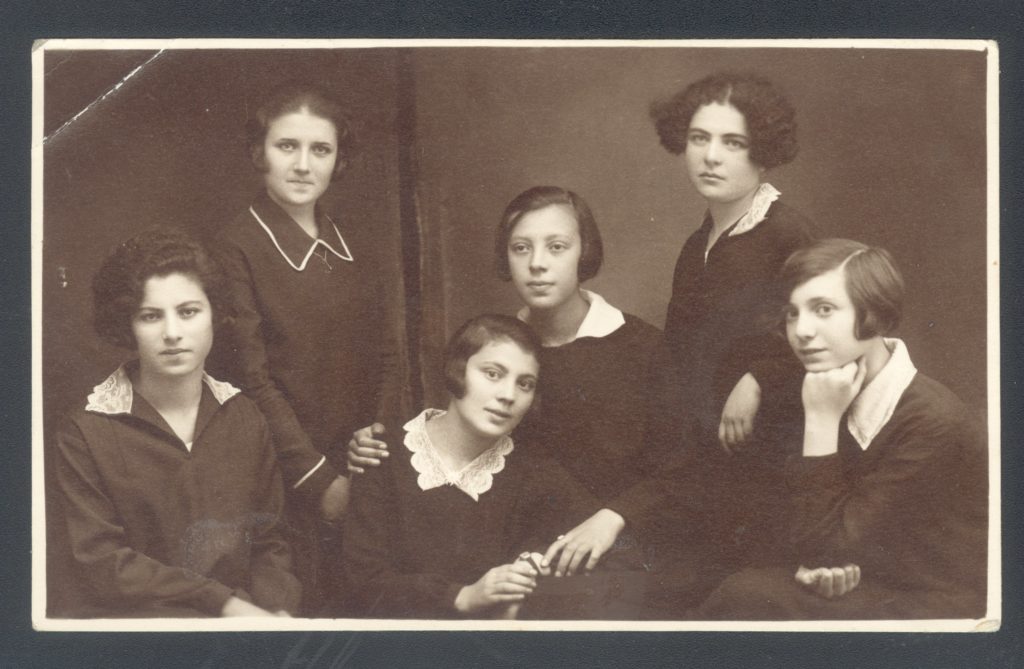 This is a photo of my mother Haya Peisakh and her friends taken in Beltsy in the 1920s.

On the reverse side of this snapshot there is an inscription in an unsteady teenager’s hand: ‘Taken in summer, before I entered the 7th grade in school.’ Mother is third from the right, her friend Ida is second from right.

In her youth mother had a close friend Ida Vulykh. She graduated from a conservatory in Romania. Aunt Ida compiled huge bibliographic volumes on musical composers of the whole world.