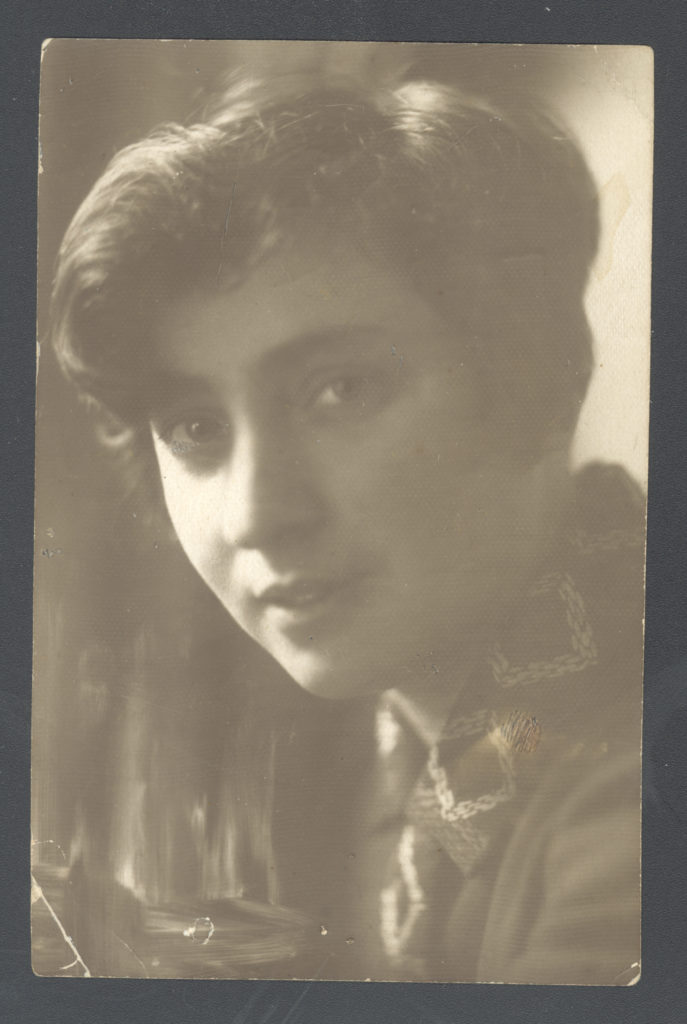 This is my father’s sister, Guta Kozlov, nee Sasonko.

Aunt Guta and Daddy had advanced views, in contrast with those of their religious parents. They left home early, both Guta and daddy, because they disagreed with their parents and their religious conviction.

Their parents believed that Jews could only marry Jews, and aunt Guta married a Russian. Guta finished the Gertsen Pedagogical Institute in Leningrad and married a muscovite Grigory Kozlov. I don’t know how she met her husband. She left for Moscow to live with him.

Grandmother and grandfather didn’t communicate with Aunt Guta for a long time after she married Grigory. Grandfather Mordukh didn’t even want to meet Grigory at all, and wouldn’t permit him to come to his home.

So Grigory, without telling Guta, once arrived in Leningrad on business in 1939 and came to Grandfather Mordukh’s house and introduced himself. Grandfather couldn’t bring himself to drive him out.

On a party assignment Grigory was sent to a village in Pavlodar region – on the boundary between Siberia and Kazakhstan – in 1939 and was appointed director of a state farm.

In total Grigory and Guta had four children. When the war began in 1941 our entire family left Leningrad for Pavlodar region and lived there all through the war in a barrack in the state farm of which Grigory was director.

Grigory left for the front, just like my father, but was later considered indispensable in the rear and was demobilized from the front in 1942 and transferred to Alma Ata [Kazakhstan]. In due course he became Deputy Minister of Agriculture in Kazakhstan.