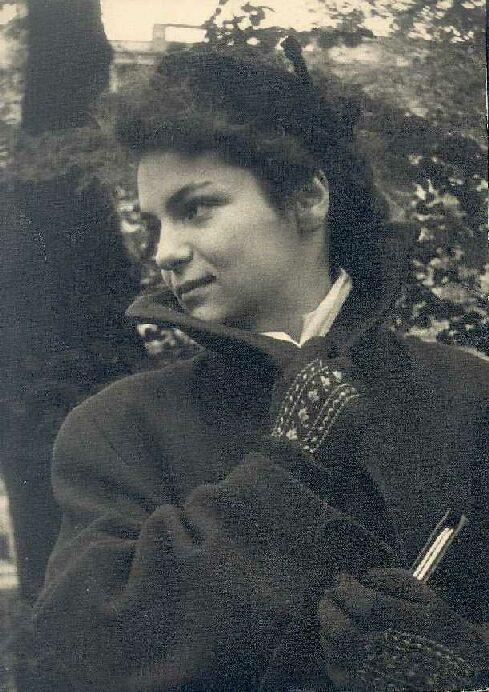 This is a photo of me, Galina Levina. It was taken in Leningrad in the early 1960s, before my marriage to David Levin.

In 1954, my mother died. So we stayed, the three of us: a completely sick Grandpa – lying in bed and not walking – Granny, who never worked in her life, and I. So my Granddad was lying in bed for nine years, sick and blind. Everyone told me, and the doctors, too, ‘You have to take him to the home for the handicapped, the house of invalids.’ They promised me to help with it, and they asked me, ‘Why do you want to keep him, you are a little girl, what a horror to have this ill person!’ But I said ‘no.’

I started to work in the steel-rolling factory, in the instrument department, where I worked my entire life. First I was an assistant to the master, and then I became an engineer-technologist, later I got a constructor position. I spent my entire life in the rolling shop; I didn’t want to leave for the research institute, even though they offered it to me hundreds of times. I thought the rolling shop was something alive. I had wonderful relations with everybody, although my colleagues were very simple people, they could curse with rude words and so on. Anyway, they were representatives of the real working class, not like today. After all, the instrumental rolling shop is always the elite. One of the workers told me once: ‘So, I went to the impressionism exhibition and looked at all those Degas dancers. And what? There are fat blue women standing, nothing else. That is no good, it doesn’t make any sense.’ So, we discussed this topic. But as a matter of fact they took care of me; they liked to have something extraordinary like me.

In 1962 Granny died, and Grandpa was completely blind by then. So I stayed alone with a bed-ridden old man, of more than 90. The same year he died in my arms, too. It was summer, and according to Jewish traditions, I had to bury him in three days and I had to hurry, because the weather turned to be very hot. Somehow I bought 21 meters of fabric, and together with my relative we took my grandfather to the synagogue at the Jewish Preobrazhenskoe cemetery. There they said: ‘For the first time we observe two women, a girl and another one, accompanying a 91-year-old patriarch.’ Also they were very surprised that he’d been lying in bed for nine years, but there were no bedsores on his body. So they washed him, cut his cloth and buried him in the same place where my mother and Granny were buried earlier. Also there was a Kaddish, and everything necessary. Numerous relatives of my father came to the funeral; however none of my mother’s came, because almost all of them were dead by that time.