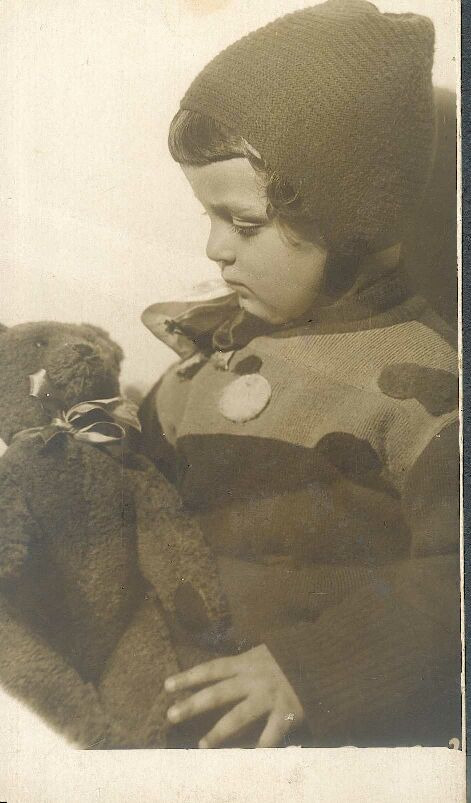 Galina Levina as a child

This is me at the age of three. Here you can see me with my teddy-bear. This picture was taken in 1937 in Leningrad.

I was born in 1934 and I could never understand why my documents say that I’m ‘Galina Shmuilovna,’ since my father’s name was Moses. They say this was a joke of my uncle David, my Dad’s brother – I don’t know why it was a joke, maybe they meant my mother had some boyfriend, called Samuel, or maybe my uncle didn’t think that I was the real daughter of my father?

Anyway, my relatives thought it was funny, but I never considered it funny and hated this name very much! I never had tutors or baby sitters. However, I had a German teacher, Bertha Samsonovna, she taught children both German and good manners. She kept a private kindergarten: we were seven or eight children in one group, and every day we went to one of our homes, including our apartment, too.

My maternal grandmother together with my grandfather took care of my health and feeding. Every half a year they showed me to some professor, a famous pediatrician, who put his hand on my ass and said, ‘Absolutely healthy girl, but it is necessary to eat porridge.’ And every day in the morning I had the duty to eat a plate of porridge and drink a glass of juice.

When I was a little girl, we went to a dacha in Sestrorezk, but I can’t recall any details. My maternal grandparents went to Kislovodsk every year in the pre-war times. They didn’t take me with them, because scientists considered that a child under the age of five or six shouldn’t change the climate. So they were going to take me with them in 1941. They thought I would start going to the music school the same year.