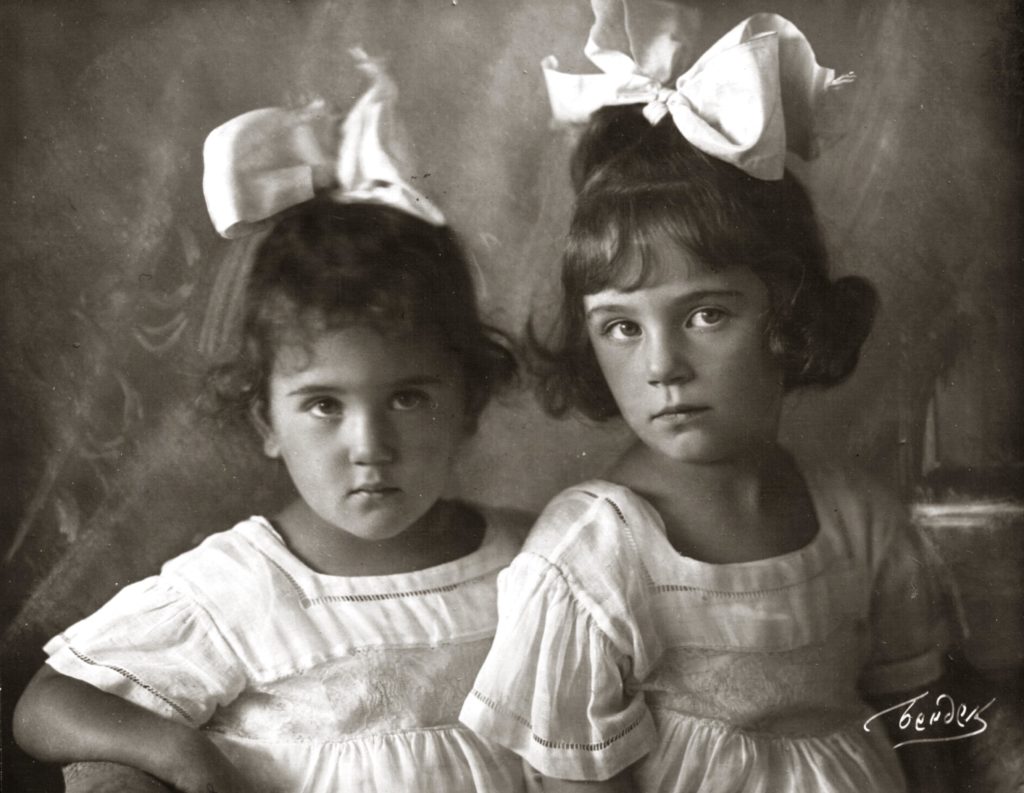 This is me (on the left) with my elder sister Evgenia. I am three years old. The picture was taken in Moscow in 1925. In 1921 my elder sister, Evgenia, was born. I was born in 1922. I was named Marina, a name with starting with the letter ‘M’, in honor of my recently deceased grandfather Moses. When my sister and I were small, my mother didn’t work and raised us. She started working when we went to school. She was employed at the publishing house ‘Goslitizdat’. She worked there until retirement. Russian is the native tongue of my sister, my mother, and I. My parents spoke only Russian with us and between themselves. Of course, we heard Yiddish as it was spoken by my maternal grandparents, my father’s brother Ion, and his wife. My sister and I were raised in the spirit of internationalism. We knew that we were Soviet people and we had no idea about our nationality. My mother wanted my sister and me to get a very good education. We weren’t very well-off; during our childhood my father was the only bread-winner of the family and his salary wasn’t very high. My mother hired a music teacher for my sister and I, but we didn’t meet her expectations, we weren’t interested in playing interminable gamut and spend hours at the piano. When my mother realized that we wouldn’t succeed in music, she found a German teacher for us. She was a German lady, who had lived in Russia for a while. She came to us and we weren’t allowed to speak Russian during our class, only German. Such a tough teaching method turned out to be very fruitful. Soon, my sister and I began to speak German fluently. The knowledge acquired from the German teacher was very useful to me in school and later on in the institute. My sister went to a ten-year compulsory school. After a year I went to the same school. I was a good student. I was very good at liberal arts such as languages, literature and history. It was more complicated for me to study exact sciences though I received good marks for them as well. I became an Oktiabryonok in the first grade, then I became a pioneer, and then a Komsomol member. I was an active girl and was eager to take part in all school events. I sincerely believed that I was supposed to be the best to set an example for the rest to follow. My parents nurtured a patriotic spirit in me. I believed in communist ideas. I was confident that the USSR was the best country in the world, and Soviet children had the happiest life due to Stalin, who was the idol of my generation. Maybe the adults had a different view of things, but I never discussed it with them.